Firefox after Australis: here is what may be next

The redesign of Firefox, which Mozilla calls Australis, will land in less than two weeks in the stable version of Firefox.

No one knows exactly how the community will react when the design lands. While it is clear that it will be embraced by some and hated by others, we don't know how the majority of users will react.

Almost certain is that part of the userbase will look for support on the Internet to modify or restore functionality, and since we are talking about the browser with the best customization options, they will find them in form of add-ons such as Classic Theme Restorer.

Mozilla on the other hand is already thinking about Firefox's future. A new set of designÂ  mockups have been released recently that show other areas of the browser that could receive a design overhaul in the future.

Note: Mockups are not finalized which means that these changes may land in this form, in another form, or not at all in the browser. What we can take away with certainty though is that modifications will be made to these areas, we just do not know if they will look like in the mockups or different.

Mozilla plans to move most interface elements of Firefox that open in a new window in a tab instead. We have already mentioned that the organization is working on a tab-based options page. The bookmarks library will also be moved to a tab-page, and the screenshot above visualizes how it could look like.

If you compare the tab-based version with the window you will notice that there are not many differences. In fact, the layout is identical with the exception of the settings button at the top right corner of the screen.

The download window was replaced with a download panel in Firefox 20. It moved downloads from a window to an icon in the Firefox interface.

The private browsing mode blocks data such as cookies, information about visited websites or cached files from being stored on the computer system.

To visualize that mode better, Mozilla considers changing the current theme to a dark one when you fire up that mode.

The right-click context menu looks bland in all browsers. That is not really a problem for most users of the browser as it has been this way for a long time.

While there are ways to edit the context menu in Firefox, they all won't go as far as what Mozilla plans for the Firefox context menu.

What you get basically is a fully customizable context menu that looks and feels in many regards like Australis' customize menu.

Mozilla plans to overhaul those error pages and add functionality to them to make them useful. If you are in offline mode you will not only receive that information but also a button to go online. If a proxy server is not working, you get an option to open the proxy configuration and so on. 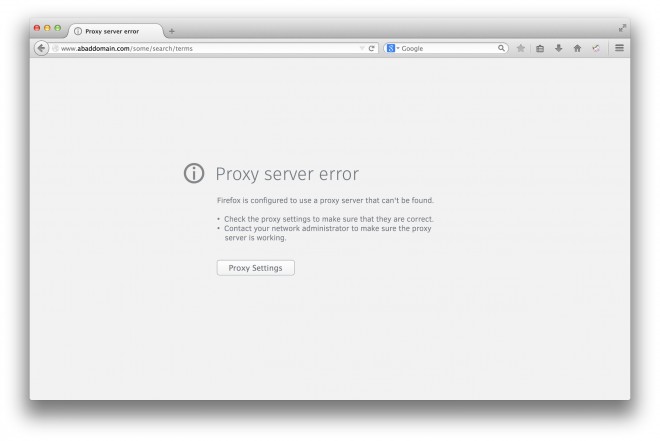 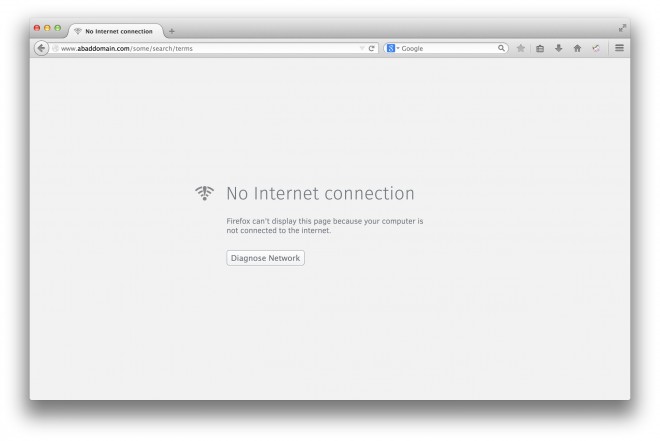 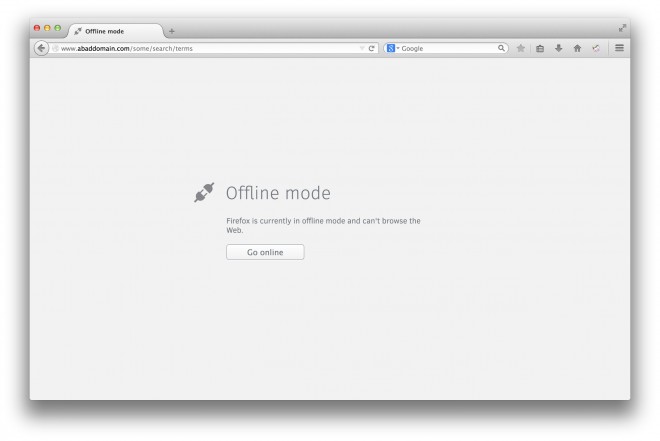 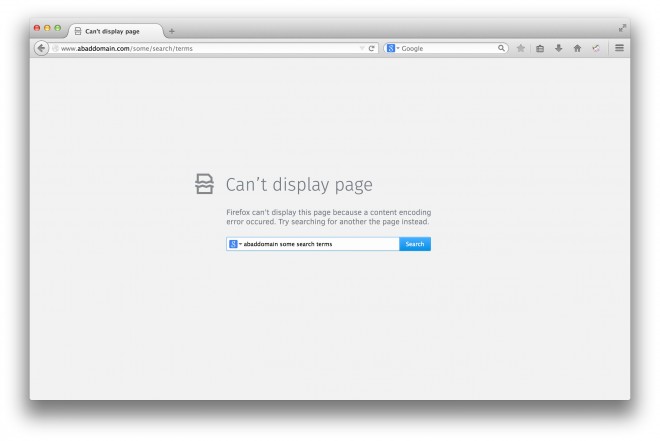 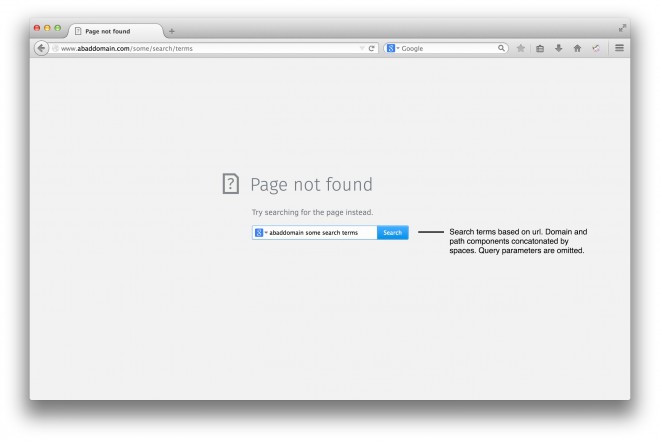 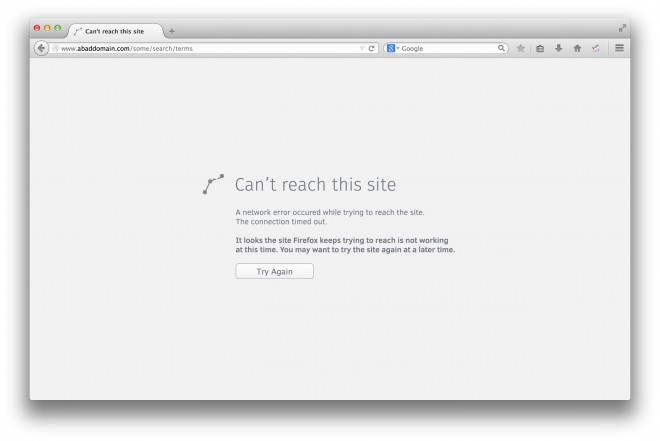 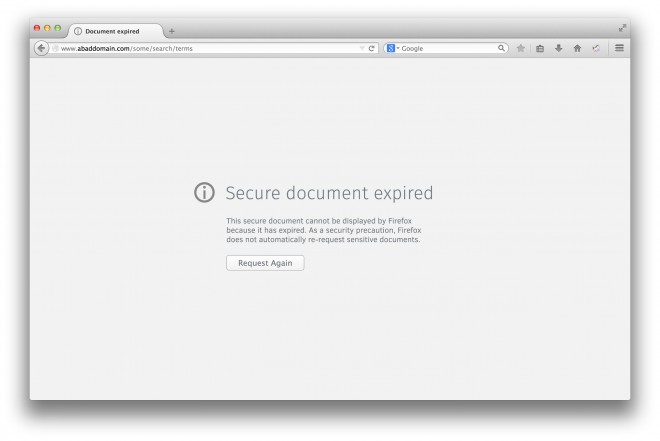 Another mockup shows how search terms could be visualized in the Firefox web browser in the future. As you can see on the screenshots above, Firefox could highlight the search term in the url in Firefox's address bar, and also highlight what you enter in the address bar in the suggestions menu that it displays before you hit the enter key on your keyboard.

Firefox for Android offers a reading mode that you can use to convert a web page you are browsing into one optimized for accessing textual contents. It removes several page elements to do so, and features several configuration options such as different font sizes.

Mozilla plans to integrate a similar reading mode into the desktop version of Firefox similar to what Microsoft is offering in Internet Explorer 11.

Panorama, Firefox's built-in tab grouping feature did not really take off. This design mockup shows how a different tab group feature could make it into the browser.

The grouping feature is displayed in a sidebar in the browser. Here you see all tabs of the current group, all tab groups at the bottom of the page, a search option, and links to recent tabs as well as tabs on other devices. 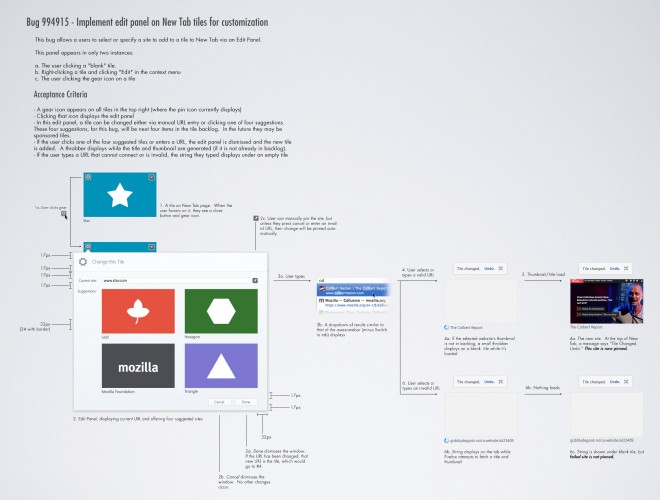 You cannot modify the websites that Firefox displays on the New Tab page directly currently in Firefox. There is no option to add your own sites directly on the page.

Mozilla plans to change that by adding an option to the page to add custom urls directly to the page so that they become available here.

Most of the proposed changes make sense. If I had to pick a favorite, I'd select the customizable context menu as it could be extremely powerful if implemented correctly.

I'm not sure how Mozilla plans to address the accidental removal of important icons from it though, but that is likely handled via a reset option of sorts for it.

What's your take on the mockups? (thanks SÃ¶ren)