Mozilla backpedals on Firefox release schedule, in favor of a holiday break 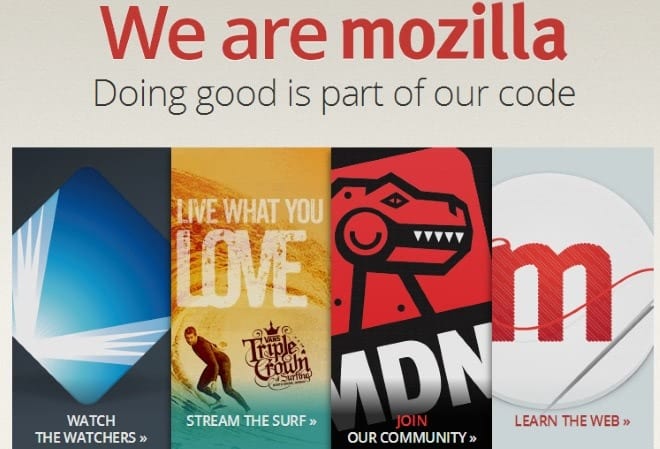 We've mostly grown accustomed to the rather quick update cycles that web browsers utilize these days. Software updates may still be doled out sparingly when it comes to operating systems and office suites, but browsers seem to always be in need of a refresh. Be it Google, Mozilla or Microsoft, you'll likely get rather frequent prompts for a restart of the software.

Google started the quick release schedule shortly after Chrome appeared on the scene, and Mozilla followed suit soon thereafter, but now the organization is standing down -- well, just a bit. The update cycle has been running at an interval of every six weeks, you can almost set your clock, or calendar, by it.

But the browser is taking a break for the 2013 holiday season, pushing back its entire schedule for the foreseeable future, in an effort to give employees a break.

"Mozilla is closing our offices worldwide this holiday season to give our employees  nearly two weeks of rest from Dec 20th into the New Year. We want to ensure each Firefox is up to the quality you expect and to give our release managers, QA engineers and developers much needed time off, we’ve extended the release dates in 2014 by two weeks", states Mozilla's Shannon Prior.

This means that you will not be receiving Firefox 27 on January 21, 2014 as you previously expected. Instead the release, and corresponding beta and aurora versions, move back two weeks. You'll get your update on February 4th. Not a huge deal, but a change none-the-less.

However, if you are one the daring few who opts to run the Nightly Builds then you will not be affected -- Mozilla will continue to push these cutting-edge versions of the web browser out to those who like to live on the edge.

It is interesting to note that Mozilla did the same last year, when releases were pushed back two weeks as well during the Holiday period.

This is not exactly the biggest news around. It's a minor setback for Firefox users at best, but still, there's a change and that in itself makes a bit of news. Beyond that, you'll likely not really going to notice any changes. The browser will still update frequently, adding features and squashing bugs.

Previous Post: « Quickly jump between Tabs or Windows in Firefox with WorkspaceHopper
Next Post: Restore the Firefox Bookmarks Star Button in the address bar »