I apologize for the increase in Firefox Australis related posts in the last couple of weeks. Since I'm affected by the new user interface, I want to make sure that I cover everything there is to know about it.

For those who do not know it yet, it is a interface redesign of the Firefox web browser that changes things around. Some say that it makes Firefox look more beautiful, while others dislike it for the features that got removed in the process, or at least changed by Firefox engineers and designers.

It is possible to restore the classic Firefox interface by installing a browser extension that lets you restore many of the changes that were introduced in Australis. While it won't get you a 100% copy of Firefox's classic interface back, it does add things like the add-on bar, the Firefox menu button, or small buttons back to the web browser.

Firefox users who are not on the Nightly channel won't be upgraded to the new interface any time soon. The first channel will be Aurora, which as it stands now, will be updated when it hits Firefox 29 which will be in January or maybe even February of 2014.

Australis will then appear in the next release cycle in the beta channel, and after that in the stable channel.

Since it is a giant undertaking for Mozilla, a decision has been made to maintain a temporary branch of Firefox without the Australis changes.

Those builds, codenamed Holly, offer all features and updates that Mozilla implements into the browser but without anything Australis related. 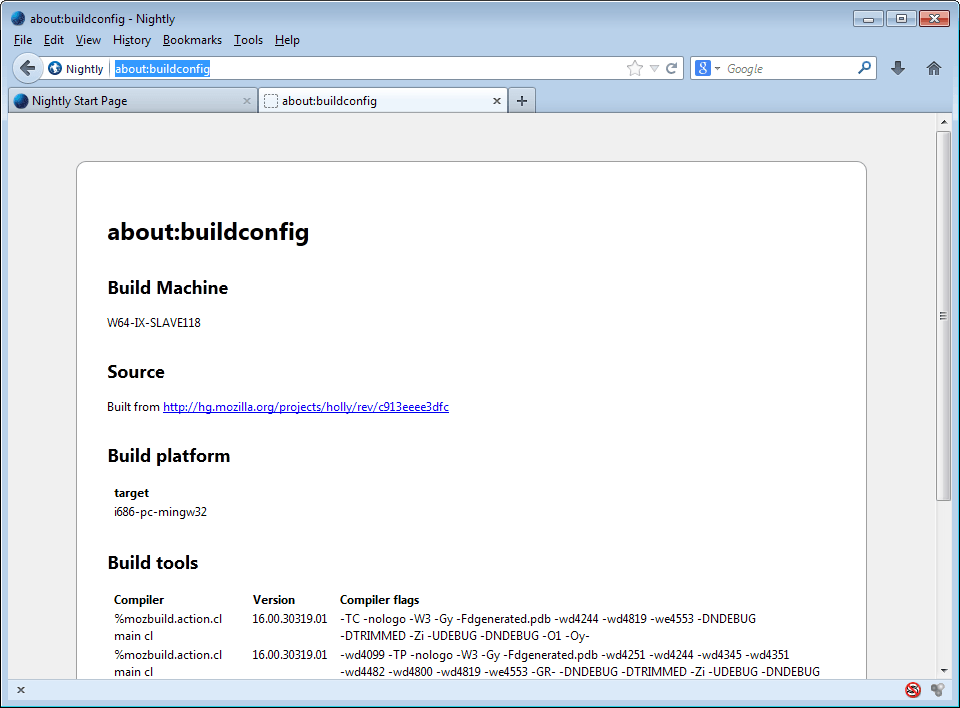 Interested Firefox users can download the most recent build of Holly from the Mozilla FTP website.The directory lists a lot of builds, and the easiest way to find the right one is to press F3 to open the on-page find box and enter holly as the search term in it.

This should jump straight to the first Holly entry, and all that is left here is to select your operating system, e.g. holly-win32 and in it the latest date folder. It is then only a matter of downloading the release to the local system to either install it, or run it right after you have unpacked it.

Please note that Holly is equivalent to Firefox Nightly in terms of stability. While that means that it is very stable for most of the time, it can result in issues occasionally which make the builds not suitable for productive environments.

Tip: To find out which build you are running load about:buildconfig in the address bar of Firefox. There you should see source information which point to the build.

Holly is labeled a temporary branch of Firefox which means that it won't be maintained forever. For now though, it may be an option for Firefox users who want to run the Nightly version of the browser on their system without the Australis changes.

Update: Mozilla has stopped producing Holly builds of Firefox. If you prefer classic Firefox, try Pale Moon or Waterfox instead.

Martin Brinkmann is a journalist from Germany who founded Ghacks Technology News Back in 2005. He is passionate about all things tech and knows the Internet and computers like the back of his hand. You can follow Martin on Facebook or Twitter
View all posts by Martin Brinkmann →
Previous Post: « How to restore Firefox's classic theme after the Australis interface update
Next Post: Why you may want to clear the Firefox cache from time to time »