Microsoft's announcement that it would not make available the first big update of Windows 8 early to Technet or MSDN subscribers was heavily criticized by the majority of tech sites. It meant basically that subscribers had to wait until October 18th, just like anyone else, before they could get their hands on the new version of the operating system.

This was a huge policy change as subscribers always received early access to RTM versions of Microsoft products. The idea here was to give companies and professionals ample time to test a Microsoft product for compatibility issue and other issues.

Microsoft today announced that it has changed the decision that it made some time ago. The company has published Windows 8.1 downloads on MSDN and Technet for subscribers to download right away. 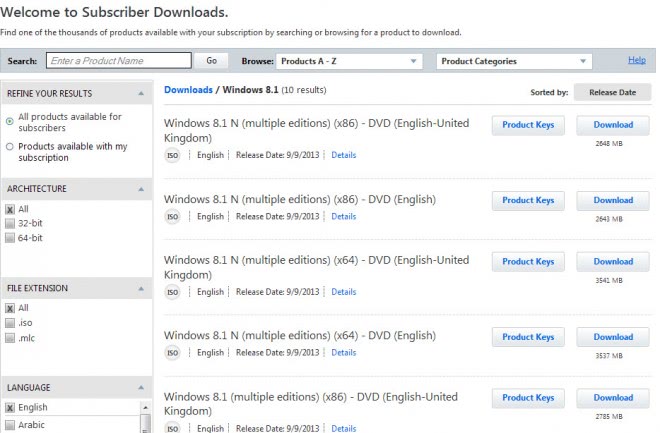 Ars Technica notes that volume license versions of Windows 8.1 will be made available at the end of September. Microsoft notes that it continues to develop "online services that Windows 8.1 uses", which means that services and software may change after the RTM version of Windows 8.1 has been installed on a computer system.

Microsoft has made available the Visual Studio 2013 Release Candidate today as well for developers to download.

Microsoft's official stance is that you will lose access to apps and programs when you install the final Windows 8.1 RTM on a system running the Windows 8.1 Preview.

It is however possible to bypass that restriction by installing this small tool. It will change a single file on the ISO image so that you can install Windows 8.1 over Windows 8.1 Preview without losing anything. 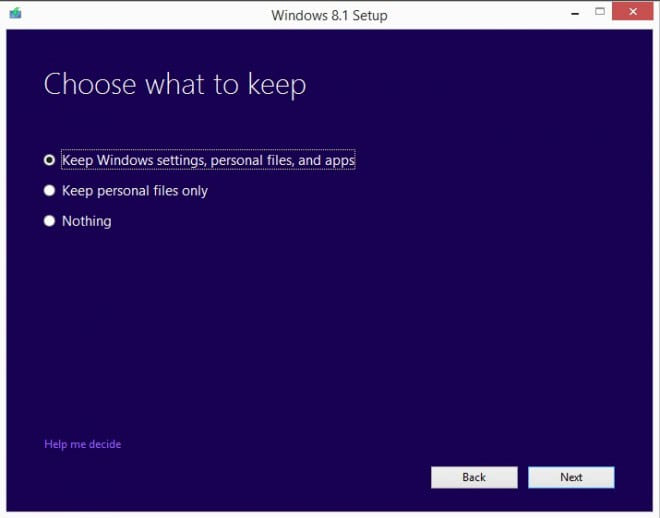 A test upgrade of the Windows 8.1 Preview to Windows 8.1 RTM that Microsoft released today had the result that I was able to keep all applications and programs that I had installed during the preview release. I have used the small tool linked in the previous paragraph to prepare the ISO image before the installation.

Once installed you get to chose between express or custom setup. I highly suggest you select custom, as you can modify a variety of settings including update-related preferences, whether you want Smartfilter to be active, or if you want to submit data to Microsoft (most off by default).

The start screen and the desktop will look exactly like in the preview release that you upgraded from.

Martin Brinkmann is a journalist from Germany who founded Ghacks Technology News Back in 2005. He is passionate about all things tech and knows the Internet and computers like the back of his hand. You can follow Martin on Facebook or Twitter
View all posts by Martin Brinkmann →
Previous Post: « What is the best free System Cleaner for Windows?
Next Post: The major changes in Windows 8.1 »