You may have noticed that Google has launched a new layout for YouTube, one that is using a near white background and a design that is aligned to the left side of the screen. While that is ok if you are accessing YouTube on a system with a small monitor or run the site in a window that takes up only half or so of your screen, you will notice lots of whitespace on the right otherwise.

It is not the first time that Google is launching such a design, if you remember, the company launched a similarly aligned Google+ design earlier the year which also received lots of criticism from users of the service.

While the left aligned YouTube layout is without doubt the major focus of criticism right now, a second change has received nearly as many user comments as the first. Previously, you could access your subscriptions, that is video uploaded on channels you are subscribed to or activity of those channels on YouTube on the front page. Note that this is only available for signed in YouTube users.

The subscriptions are now a link in the sidebar on YouTube, which means that you need to click on it to access them. While you may find some videos uploaded to channels you subscribed to on the homepage of YouTube, you may find that the majority of videos there are recommendations by YouTube.

Here are two userscripts that resolve the issues on YouTube:

Works at least in Google Chrome and Firefox, may work in other browsers as well. It changes the page alignment from left to center, and redirects you automatically to the new subscription feed page on YouTube. 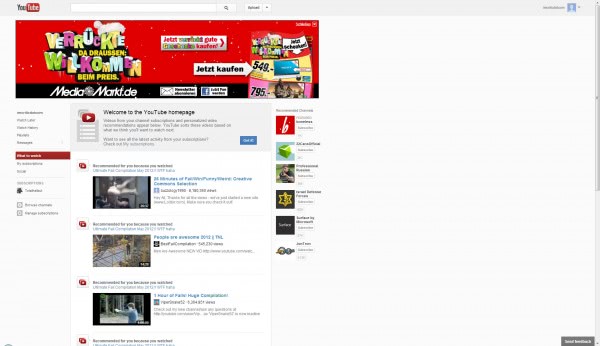 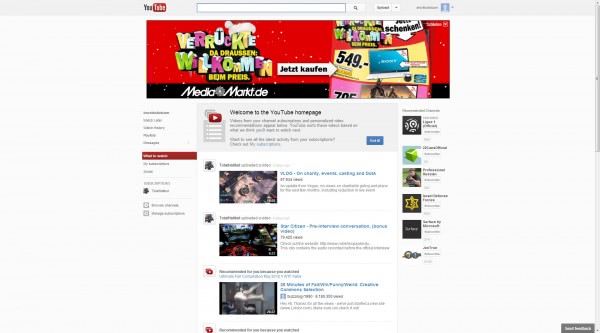 If you only need one of the two options, check out the userscripts website as you find scripts for each change individually there as well.

To install the scripts do the following:

Update: The layout is not centered when you are using the script I suggest you use the YouTube Center Aligned script for that then.

Update 2: YouTube has rolled out a new centered layout. The scripts are no longer needed to do so.