I have funded a total of six projects over at the crowd-funding site Kickstarter in recent months. It all started with my accidental discovery of the service back last year, and really took off when game development guru Tim Schafer used the platform to fund his newest game. Other developers took note of the successful funding and started to promote their projects on the site as well.

If you have never heard about Kickstarter, I suggest you visit the link above. Only that much: Creative people and companies can post their pitch on the site to get it funded by people who are interested in the idea. Projects need to meet the selected amount of money to be funded. If they do not, the project is not funded at all, and users who pledged money are not charged a dime.

If you are a project backer, you certainly would like the project to be funded completely, as the product would not be created otherwise. While it is sometimes easy to project the success or failure of a project, you may sometimes have difficulty calculation that, especially if you do not know if the funding has increased, decreased or stayed at the same level. 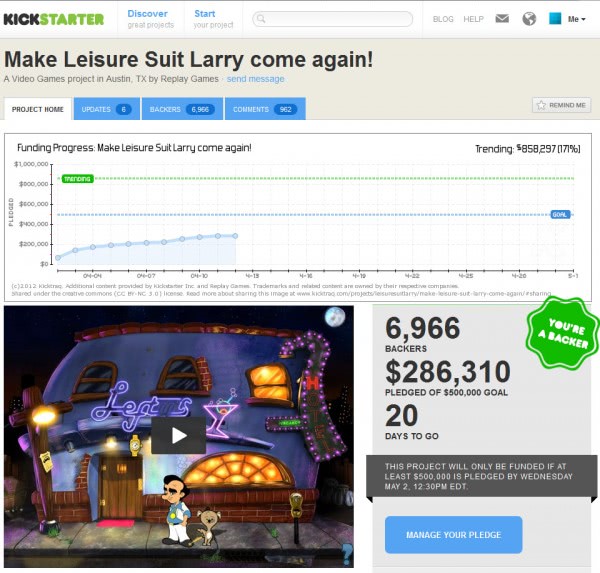 This graph lists goal and projection lines, as well as the funding history by day. What you are looking for is a projection that is above the goal line in the graph. While that is no guarantee that the project will be funded, as it is still possible that the funding will slow down eventually, it is a good indicator that a project is on the right track to get funded.

The Firefox extension can also be useful for companies and individuals who ask for funding on Kickstarter, as they can monitor the progress easily this way.