Google Music In A Nutshell

Music in the cloud, that's where the journey goes. At least if you trust Apple, Amazon and Google in this regard. All three companies have introduced a cloud hosting and streaming service for music in past months. You can get an overview of the core services here. Apple recently has added iTunes Match to iCloud which gives users 25,000 songs storage space for $25 per year. The service tries to match the user's music with music available in the iTunes store to reduce the upload time.

And now Google Music with its big announcement on November 16. Google Music gets rid of the beta status and remains a free service for all users (from the United States, and those who know how to use a proxy). Users can store up to 20,000 songs on Google servers. 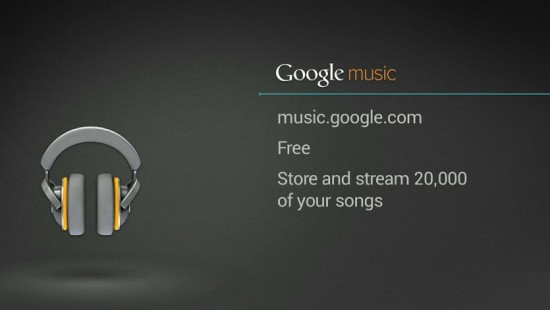 The Google Music store offers a library of 13 million songs which can be purchased on the Android Market. Songs cost 99 cent and are provided in 320 Kbit quality. Users can download songs or stream them to other devices. Google Music users who make purchases can share their purchases on Google+. This allows others to listen to the song once on Google's social networking platform.

Payments are currently limited to T-Mobile US customers which benefit from carrier billing support. This basically means that Google Music purchases will appear on the monthly cellphone bill which improves the buying experience significantly. T-Mobile customers will get exclusive contents for free until the end of the year as part of the promotion to establish the service in the United States.

Artists can create their own space on Google Music where they can sell their music directly. The initial fee to setup an artist page is $25 US Dollars. It is likely - but not confirmed - that artists will have to share their earnings with Google.

When you look at both Google Music and iTunes Match, you will notice that they are both US-only at this point in time. Google Music is even more limited as the store is currently only available to T-Mobile USA customers.

What's your take on the recent development? If you are living in the US, will you be using one of the services?