Fake antivirus software has been on the rise in the past years. The term refers to malware that disguises itself as system protection software. Some of those programs fake malware infections to lure the user into buying an upgrade to remove the non-existing threats on the system. Others are plain malicious in nature or are disguised as official antivirus solutions from well known companies such as AVG, Microsoft or BitDefender.

The biggest advantage for attackers when it comes to fake antivirus software is that users install the software by themselves on their systems. There is no need to exploit a security vulnerability or hack a PC, all that is needed is a legitimately looking website that offers the fake security software for download.

I reviewed the Remove Fake Antivirus software for the first time back in 2009. Back then it offered to remove 27 different fake antivirus suites and programs from a Windows system. 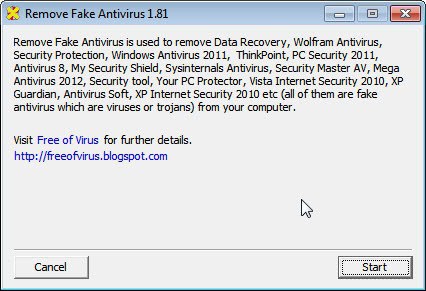 A new version of Remove Fake Antivirus has been released today, bringing the version of the program to 1.81. More important than that is that the program is now supporting a total of 74 fake antivirus programs.

All that needs to be done is to run the portable software on an infected system to remove any of the supported antivirus programs. 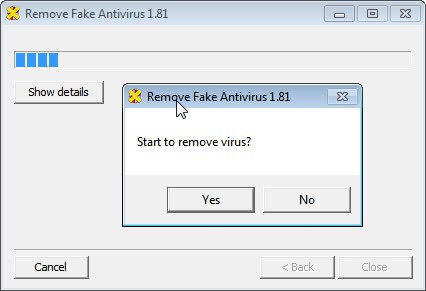 A click on Start scans the system for fake antivirus processes and files. The program cleans everything automatically after scanning system directories (including windows, winsxs and the user profile folders) and known fake antivirus directories thoroughly.

The scan may take some time depending on the speed of the computer and the hard drives. It may be required to reboot the computer if fake antivirus software has been found on the system.

Here is the list of fake antivirus software that the software can remove.

The portable nature of the application makes it a great addition to a PC technicians toolbox. Have you ever encountered fake antivirus software? How did you resolve the infection?