For the last years I have been ignoring Digg as it turned from a powerful news source into a site ruled by power users, news by top sites and bad management. I used to find Digg valuable then to discover new websites that I did not know about before. Now, it is just the same day in day out.

Reddit on the other hand managed to keep much of its identity and contents, making it my number one new site discovery service. If there is one thing that could use some improvement, then it's the layout and design of the site. I'm sure that I'm not the only one who thinks that it looks a bit messy, and could use some polishing because of this. 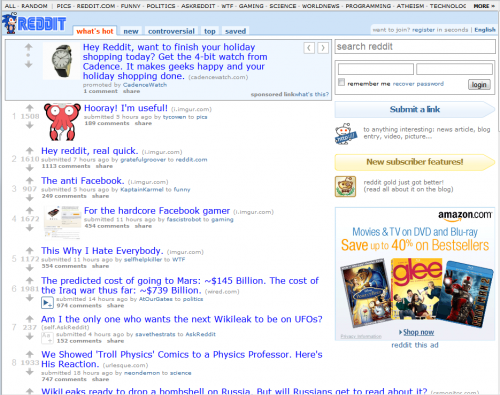 The following is a list of userscripts and styles to give Reddit the makeover that it deserves. Before we start: Firefox users need the Greasemonkey add-on installed before they can make use of userscripts, and Stylish for styles. 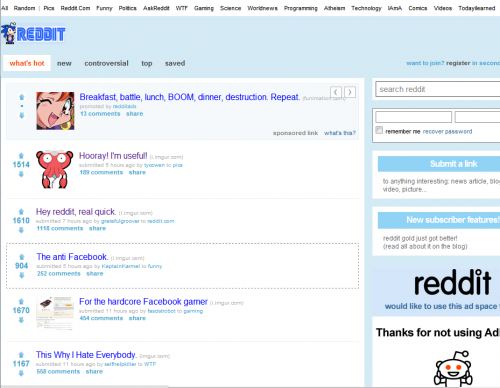 This userstyle is compatible with all modern web browsers. It modifies the Reddit layout giving it a polished and stylish web 2.0 look and feel.

Embedifier - Images and videos are posted often on Reddit. They are usually linked to the source website, which means they need to be opened in a new tab, window or on the same page. This userscript adds arrow icons in front of embeddable media, which will expand the media on the Reddit page on click. No more leaving the page to view an image or video. 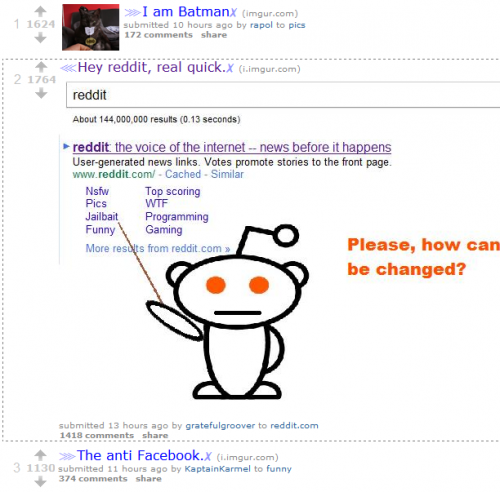 Reddit Uppers and Downers Enhanced - ever asked yourself what the ratio of up votes to down votes was? Wonder no more. This userscript displays the total amount of up and down votes on Reddit comment pages to give interested parties an idea on a submission's popularity.

Reddit Enhancement Suite - one of the most sophisticated makeovers for Reddit. This userscript adds dozens of features, from loading and displaying all images on the page to keyboard navigation, account switching, auto loading of next pages to saving comments. It is all there and more.

Top Reddit Comments Preview - Firefox only. Displays a top link next to each submission. Clicking the link displays the two top comments on the same page. 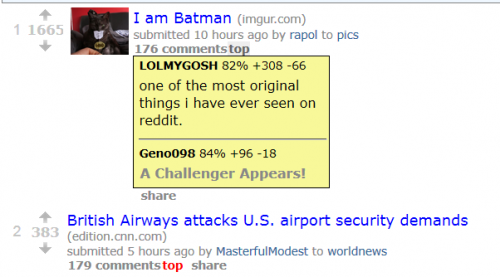 Reddit SFW Check - If you need your Reddit fix at work or a public computer you may find this userscript helpful. It adds a link next to each article listing. Clicking this link will scan all article comments for the words nsfw and not safe for work. It then displays the number of occurrences and the total number of comments, so that the user can decide to view or avoid the linked website.

Reddit Top Comments Sidebar - Displays top comments of a submission in the left sidebar. Great for a quick overview of the most popular comments. 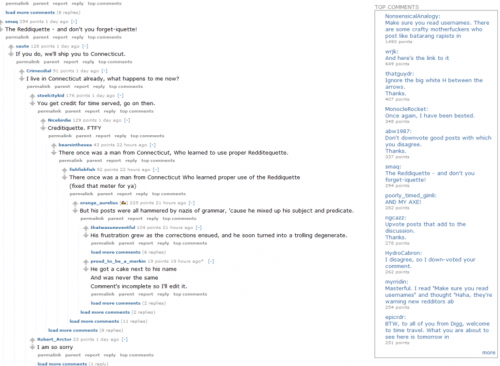 Reddit Spam Button - With popularity comes spam. This userscript can be used to submit a spammer's profile to /r/repotthespammers . 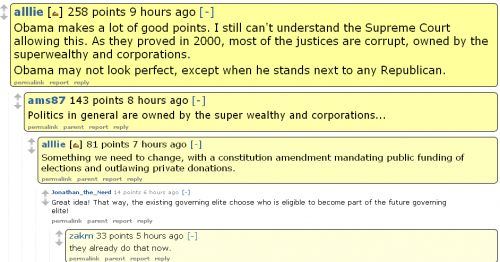 Reddit Username Colorizer - Automatically calculates the character sum of all usernames on a reddit page and colorizes them with it. Usernames will always have the same color no matter what page they are on.

Reddit Jerks - Remembers jerks you come across on Reddit and highlights their comments in the future with a JERK! sign so you can down-vote them again!

Think I missed something? Let me know in the comments.