One of the new features of Google Chrome 5 is a Google Translate bar that pops up automatically if a website uses a different language than the default system language. Chrome users may use it to translate the entire webpage with just a click.

Not all Chrome uses like the new feature in the latest development releases of the web browser. This becomes apparent if you read the comments we received when we reviewed the feature (read Google Translate integrated in Google Chrome 5)

Most commenters find it annoying as it will automatically pop up with no option to make it a manual process which many would prefer.

Other Chrome users prefer more configuration options that would allow them to disable the translation for some languages, and enable it to translate automatically for others.

Google's translation bar has seen improvements in recent time. It is now possible to turn the feature off completely or for select languages.

Update: The Firefox add-on is no longer available. Mozilla dropped support for all legacy extensions with the release of Firefox 57 and removed these from the organization's Extensions Store some time later. You may want to try Google Translate, ImTranslator, Dictionary, TTS instead, a translation extension for Firefox that comes closest to the functionality. End 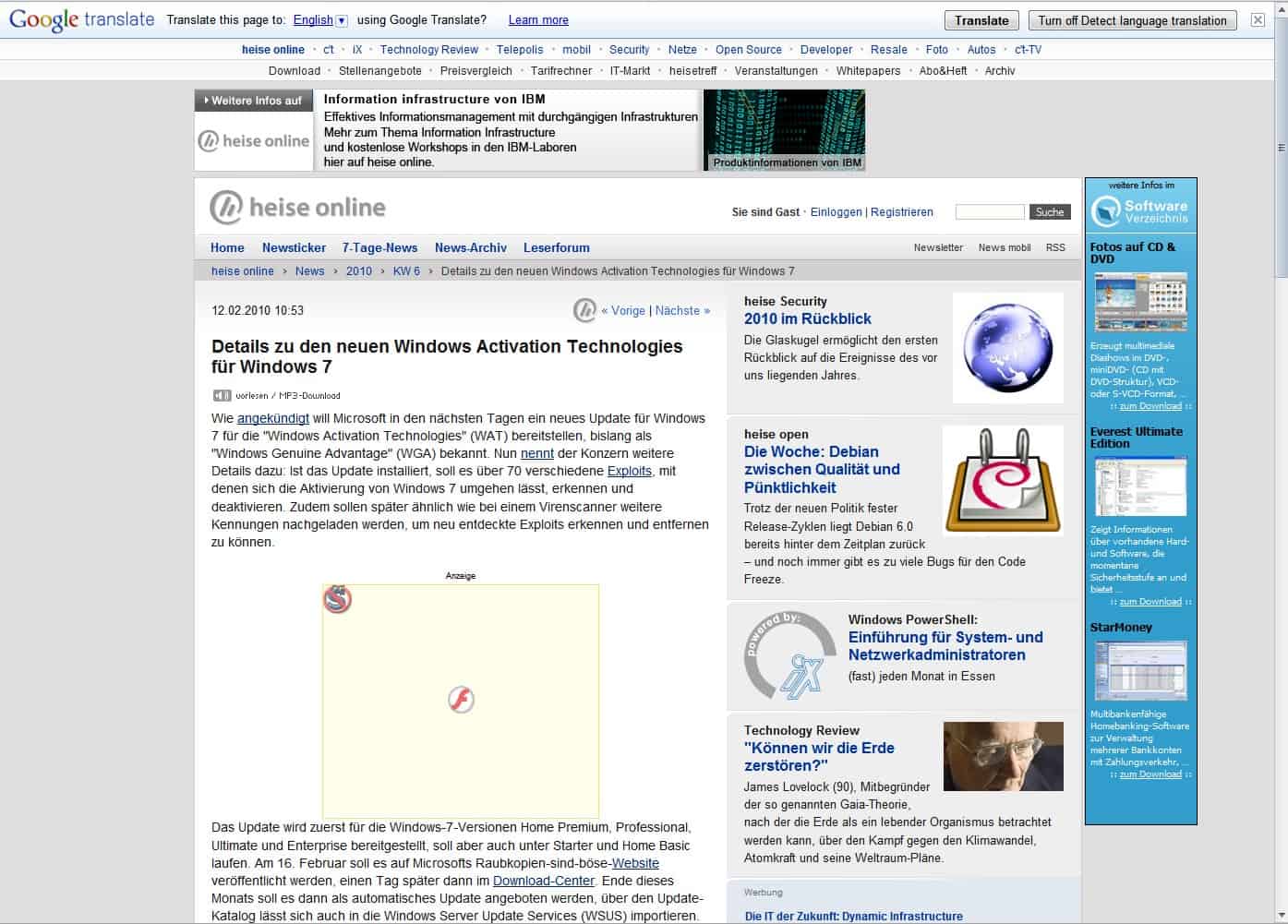 The Firefox add-on gTranslator is more or less a port of the Google Chrome 5 feature with the difference that the translation has to be initiated manually by you.

The Firefox add-on places an icon in the status bar of the Internet browser after installation. Clicking that status bar icon displays the Google Translate Bar that resembles the bar found in Google Chrome 5.

You select the language that the website should get translated to using the bar, and click on the translate link afterwards to have it translate the page directly and without reload.

This has to be done for every page you visit on that website. The Google Chrome translate bar contains an option to always translate that language when it is encountered which can be helpful for users who have to visit foreign language websites regularly.

Configuration options to automatically translate languages are not offered by gTranslator yet. The add-on has been added recently to the Firefox add-on repository and it is likely that the developer will improve it in the future. GTranslator can be downloaded from the official Mozilla Firefox website.