The Weather According To Star Wars [Fun]

If you are one of the many people who have troubles understanding weather reports correctly, you may benefit from visualization of the current weather condition near you.

Tom Scott thought so as well and decided to add visualization to weather reports by linking the weather conditions to a planet in the Star Wars universe. Designed mostly for die hard Star Wars fans, it is open to anyone, even Treckies.

But the website can help you out even if you are one of the two people on earth who never watched a Star Wars movie before as it will display an image of the weather condition as well.

Update: The weather service is no longer available. According to the developer, because Yahoo restricted access to its weather API. The creator suggests that you try the official Star Wars application instead which offers similarly themed weather reports and five day forecasts.

The Weather According To Star Wars 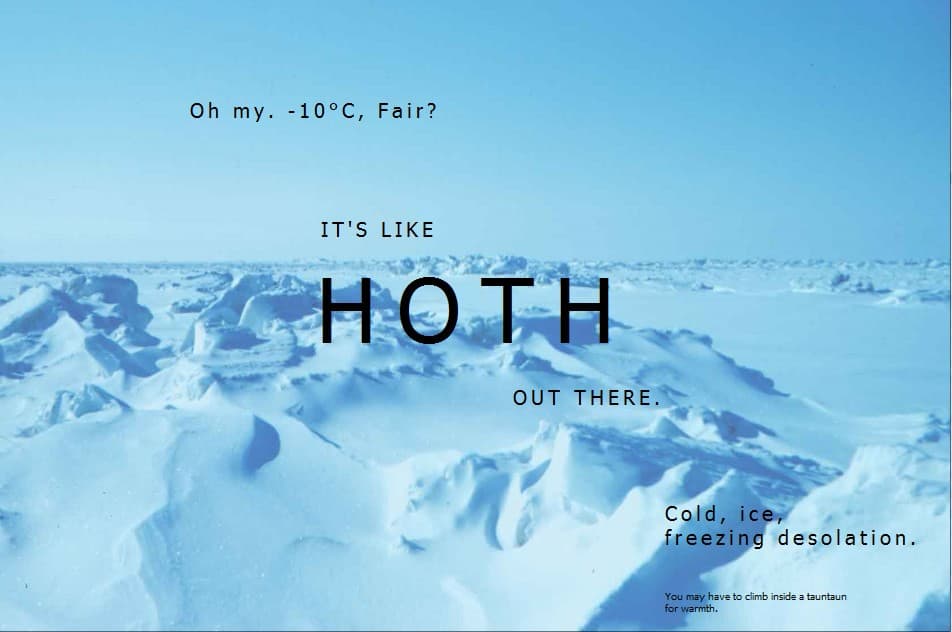 Now everyone who knows Star Wars would probably be able to tell the same thing by looking out of the window and thinking about a planet in the Star Wars universe that would match the weather condition. But an automated way is more comfortable and the bylines are excellent. Now I just have to find a Tauntaun to climb inside.

It would be nice if the developer would reduce the temperature range to five degrees or even less than that, and link each to a different planet in the Star Wars universe. There are thousands of known plants, so it should not be too hard to find matching ones.

The weather according to Star Wars is obviously something for geeks, to get a good laugh at and move on. It is not something that you should take too serious.

Previous Post: « One Manga Full Chapter Reader
Next Post: Which Web Browser Will You Be Using In 2010? »