While I do have Twitter, Facebook and several other accounts I barely use them and cannot see a real gain for using them extensively. Quite the opposite. Still, I was invited by Joe from Webby's World to Kwippy which from first looks seems to be some sort of Twitter clone. It is currently in private beta and I would like to give everyone the opportunity to join the beta.

What you need to do is to follow me on Twitter so that I can invite you to Kwippy. Yes, that sounds pretty strange but from what I can tell the only real option to invite other users is to invite the Twitter followers. I'm also not sure if I can repeat that indefinitely or not.

So if you want an invite you need to follow me on Twitter. Use the following link to my profile. I'm not really sure about the differences between Twitter and Kwippy, if anyone is using both services feel free to post a comment to explain things.

The only valid reason for using any of them would be to receive tips from readers that way.

Update: I can also invite by email. Just discovered the option on my profile page. If you prefer that way let me know here in the comments. Below are two screenshots as requested by Dark Kosmos: 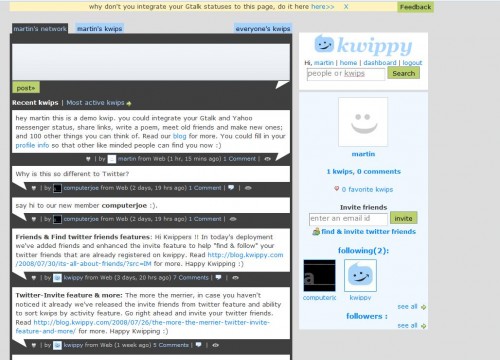 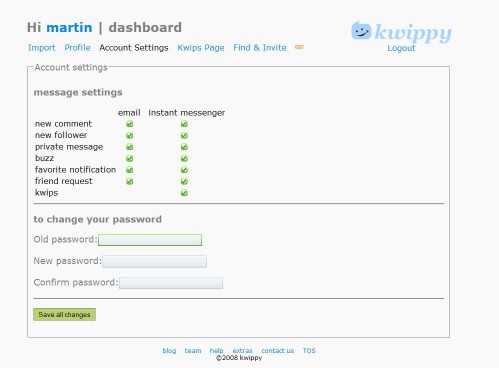