A core reason for issues with music streams is that the buffer size may not be large enough, and the logical consequence here is that you need to increase it to avoid the issue. The buffer saves part of the stream temporarily to balance out different connection speeds of the listening PC. The speed of connection to the server the Radio is streamed from is never constant and the buffer takes care of the fluctuations so that you can listen to the music without interruptions. If you would not buffer at all, you would notice pauses, stuttering sound or other issues when playing back music on your device.

You right-click the main window of XMPlay and select Options and Stuff from the menu. The Miscellaneous menu has a entry called Internet Streaming, a slider with a default value of 8s. You might need to experiment a little bit with the settings but raising to 10 to 15 seconds should be more than enough normally. 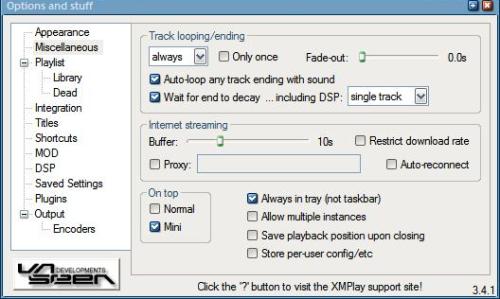 Right-click the main Winamp window as well and select Options > Preferences from the menu. Select Output > Plugins in the menu and click on configure after choosing a plugin from the list. The default plugin is Nullsoft Directsound Output.

Click on the Buffering tab in the new window and adjust the settings. The default values are 2000ms Buffer Lenght, 500ms for Prebuffer and on Buffer-Ahead. Max values are 20000ms which is a lot. I would start by adding 1000ms and testing that setting. Add another 1000ms if the music is still skipping. 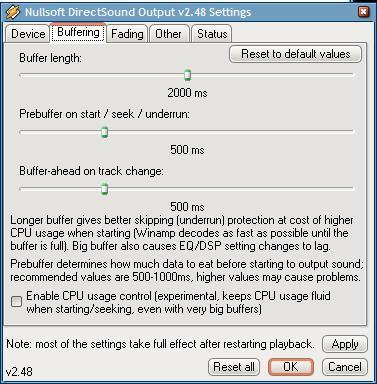 Previous Post: « The best way to record Internet Radio streams
Next Post: Find out what the world is listening to »