Nec announced the Lavie C series of notebooks recently which are basically standard notebooks with one feature that makes them stick out from the rest. The new feature is called 'Face Pass' which is a biometric system that uses face recognition instead of passwords to grant access to the notebook. What this means basically is that instead of having to type in your account password whenever you want to use the notebook, you only need to look to the cam to do that.

This surely sounds nice because it increases user-friendliness. Most users do not like passwords at all because they have to memorize them to make them effective. With face recognition this would not be a problem anymore because they would only have to smile into the webcam to start the operating system of their notebook.

It remains to be seen how secure the system is. It would not be a great system if someone would for instance get access by using a high quality picture of the person who uses his face to access the notebook. I don't think that this technology will become mainstream one day. There are ways around this however, like requiring the user in front of the camera to blink with an eye, to open the mouth or perform another random operation in front of the cam to make sure a real human being is standing in front and not a photo or video of one. 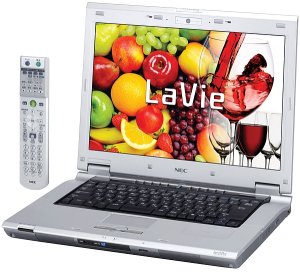