Most Internet users have serious issues related to the concept of passwords: they either choose to use the same password on all sites, use passwords that can be easily guessed by looking at the persons background or simple guessing, or write down all their passwords down so that they can look them up whenever the need arises. Less seem to select secure passwords that protect their accounts on the Internet and locally.

One solution that you have to remember complex passwords is to make use of password safes or managers. These programs remember all passwords and usernames for you, so that you only need to remember one master password with which you access the list of saved account passwords.

Another option are so called Password Grids. Let me explain the concept if you never heard of it before:

You use an 8x8, 10x10 or bigger grid and create one easy to remember pattern on it.

You could write big letters or numbers on it for instance or draw simple objects, something that is hard to guess but easy to remember. You write it down on the grid using numbers to remember the sequence. 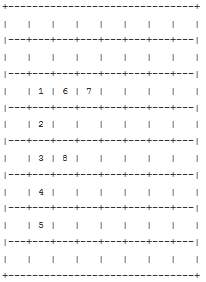 The second step would be to use a second password grid with random chars to substitute the real password. 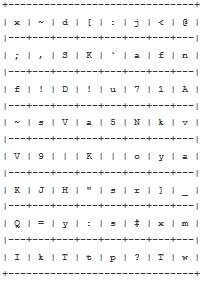 You create one random grid and a pattern for every login that you have. Once done you only carry the random password grid with you and leave the other cards at home. The ultimate solution would be to remember the objects without having to store the cards at home. You could deposit them at your local branch instead for instance.

Is this system the most secure ever? Not really. If someone gets hold of your random grid it would be relatively easy to apply the most used forms (letters, numbers, chars) on it. A supercomputer could do this in a short time. They would also know exactly which chars could be used to generate the passwords.

Another problem is that you still have to remember all the patterns that you have created which would pose almost the same problems as remembering the passwords directly.

This system does not work where someone else is handing out a password to you which can't be changed.

So, it is nice if you do not fear that someone with enough energy and power is spying on you and wants your passwords badly. If you only fear identity theft this could be a solution.

Previous Post: « Data Retention laws on the uprise
Next Post: « Use the Foxtor Extension for anonymous surfing