Whether you’re moving or updating data across websites or devices, you’ll need a good backup service to ensure you don’t lose your information. We review the top applications for all platforms while sharing any news and features you should look at.

Some files and settings of the Windows 8 operating system get automatically backed up to SkyDrive if you are signing in with a Microsoft Account. The operating system furthermore uses system restore […]

WordPress may very well be the most popular software on the web these days, but most users don't know it. Why? Because it is the behind-the-scenes platform that is powering the sites […]

How to back up your Samsung Android phone to PC

Creating regular back ups of your smartphone, in my case the Samsung Galaxy Note II, is an essential task for a number of reasons. You first have a safe copy of the […]

It is likely that the bulk of Windows users make use of the user folder and its directory structure to save files, documents, and downloads to. The My Document, Music, Pictures and […] 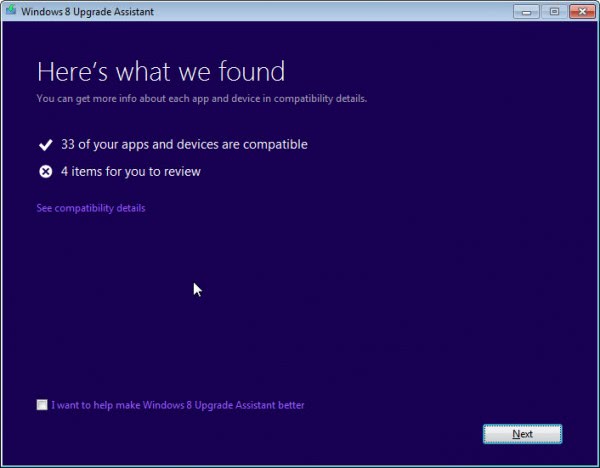 File History is one of those new features in Windows 8 that I'm excited about. It is an opt-in feature unfortunately that may be overlooked by the majority of Windows 8 users […]

How to restore individual files from System Restore points

Today I noticed that all of the files that I had saved on the desktop in Windows 7 were gone. The only icon that I saw on the desktop was the Recycle […]

How to create Windows System Restore points at startup

The system restore feature of the Windows operating system offers an option to revert the system back to a previous point in time. Windows creates automatic system restore points on certain events, […]

There is perhaps no more important thing for users to do than backup their files. Â Hard drive crashes can happen unexpectedly and the risk of losing important andÂ irreplaceableÂ files like family pictures is […]

Sometimes you may want to move files hosted somewhere on the Internet to another server or provider. While you could download the files to your local computer - if you do not […]

Games are not installed by default under Windows 7 Professional, and up until now I felt no urge to install them on the computer using the add features dialog in the Windows […]

File History is a new feature of Windows 8 that Microsoft revealed yesterday in a new article on the Building Windows 8 blog. It is basically a file backup service that is […]

With every major Internet company offering their own cloud hosting and synchronization service, it is time to look at ways to make use of that extra storage. One option that you have […]

When it comes to making backups of data stored on your computer, you have got a lot to consider. Two of the most important aspects are the frequency of backups, and the […]

How to maintain a good security and backup strategy, Part 1 - the Home

Data is now everywhere and we store pretty much everything as data.Â  Contacts, diaries, music, photographs, videos, conversations, business records, everything is data.Â  In fact more and more people are shredding the […]

Depending on your backup strategy, you may mirror your data backups for additional protection. One option here is to create a local system backup first and copy the backups to a remote […]

Backing up data on your computer is important and most users know this. Windows features a backup utility that allows you to backup your system and files. This is a useful utility […]

When it comes to selecting the right backup software, you have to analyze your individual needs before looking for the right package. Some questions that you need to answer are the following: […]

Backing up and Restoring Windows Drivers

The hardware driver support in Windows 7 is just fantastic, especially with consumer hardware with more and more companies submitting their drivers for official certification from Microsoft than ever before.Â  This not […]

Backing up your data is essential. Many of us keep important documents on our computers that include work files, pictures of the kids, insurance documents, even bank statements. Many of these files […]

In a home environment, many people neglect to backup their files and systems, and are then devastated when their computer fails taking all their precious files theyâ€™ve been collecting with it. Some […]

Backup Data to a Virtual Hard Drive in Windows 7

Not many are aware that it is possible to create Virtual Hard Drive images in Windows 7. Backing up your data is important and this article will detail how to backup data […]

When I'm downloading files from file hosting websites I often use JDownloader for a more convenient download experience. While it still does not automate the captcha entering process before downloads start, it […]

Semper Driver Backup is a free driver backup software for Microsoft Windows devices to back up and restore system drivers. Microsoft has improved driver support in the Windows operating system a lot […]

When you review a lot of backup software like I do, you notice similarities and differences. There are however features that make backup programs more attractive, like an uncomplicated setup, sufficient local […]

How To Backup Steam Games

Steam users have several reasons for backing up some of their Steam games. Maybe they want to move the games to a new computer so that they do not have to download […]

How To Backup True Crypt Data To Be Prepared For Emergencies

I have been using the encryption software True Crypt for years and ran only once into a situation where I nearly lost all the data on one of the partitions. Back then […]

AVG LiveKive Lauched, Get 5GB Online Storage For A Year

Firefox 4 users have two backup options at hand when it comes to creating backups of the web browser (or more precisely their user profile); They can make use of the built-in […]

Most development programs have built-in options to save or backup the source files automatically. While that's definitely helpful it sometimes may not be enough as they are stored on the same computer […]

It sometimes can be hard to keep an overview of files, especially if they are scattered around on the local hard drive, network drives, the Internet and backups. If you have ever […]

USB Flash Copy is a handy tool for users who want to backup contents on some or all removable devices that are connected to a computer system running the software. The free […]

The technology we use every day is move ever more relentlessly towards the cloud.Â  This isn't a new concept, it's been around since the birth of Hotmail and other similar webmail services. […]

CopyTo Synchronizer, a once commercial software has been released as a freeware a few days ago. The free software offers an impressive set of options to back up and synchronize data. It […]

It is always a good idea to create regular backups of important programs and most computer users include Internet browsers in today's online centric world. There are different options to backup web […]

There are tons of possible backup solutions for the Linux desktop (and/or server). I have covered a number of possible solutions here on Ghacks. One of my favorite (and the one I […]

Many computer users eventually come in the situation that they encounter damaged or corrupt files on their hard drives, other storage devices, CDs or DVDs. The possibilities increase with the age of […]

The next monster disc is just around the corner but possibly bad news for PC users who have upgraded their machine with a blu-ray writer.Â  The Blu-ray Disc Association have now published […]