CopyTo Synchronizer, a once commercial software has been released as a freeware a few days ago. The free software offers an impressive set of options to back up and synchronize data. It can for instance be used to create jobs (called projects in the program) to synchronize date between multiple computers like a home and office PC, or a desktop PC and laptop. The software can furthermore update multiple computers on a network and other backup and synchronization related operations.

The interface looks minimalistic on first glance, but that impression changes after the first few seconds. The source and target folders, and the mode are selected on the first screen. The depth of the program shines through for a first time when the mode is selected. Available are 14 different modes, from various backup options (standard backup, incremental backups, full backups, differential backups..) over synchronizing, updating or restoring files to copying, moving or comparing them.

Each operation has its own set of project properties that are accessible via the Properties button. 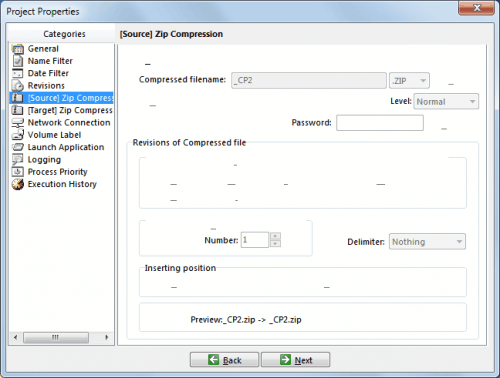 The options here differ tremendously. Only two pages with options are for instance displayed if a copy project is created, but a total of 12 pages for a backup. Everything appears to be there, from network support over file compression, revisions management, filters to logging and history information. 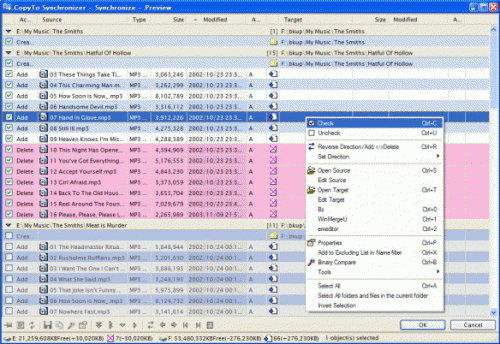 Copyto Synchronize has a set of global options as well. It is for instance possible to add operations to the Windows context menu to initiate them directly from Windows Explorer.

CopyTo Synchronizer is an excellent program for all data synchronization and backup tasks. The software is available free of charge at the developer website. The software has been tested on a 64-bit installation of Windows 7 Professional, and is compatible with all Windows operating systems from Windows 98 to Windows 7.

There are lots of alternatives available, but most offer only some of the features of the reviewed program. Check out our backup software guide for alternatives.

Update: The developer website is no longer available. It is not clear if this is a permanent situation or only temporary. We have uploaded the latest release version of Copy to Synchronizer to our server. Click on the following download link to download it to your computer: [Download not found]

Previous Post: « Split Text Files With Simple Text Splitter
Next Post: « How To Use 3TB Hard Drives On Windows XP