Microsoft announced yesterday that it plans to pause the release of optional Windows updates from May 2020 onward.

The company releases so-called C and D releases in the third or fourth week of any given month. These are considered preview updates and completely optional.

Windows administrators will have to check for updates manually to detect them in Windows Update or download them from the Microsoft Update Catalog website to install them on devices. 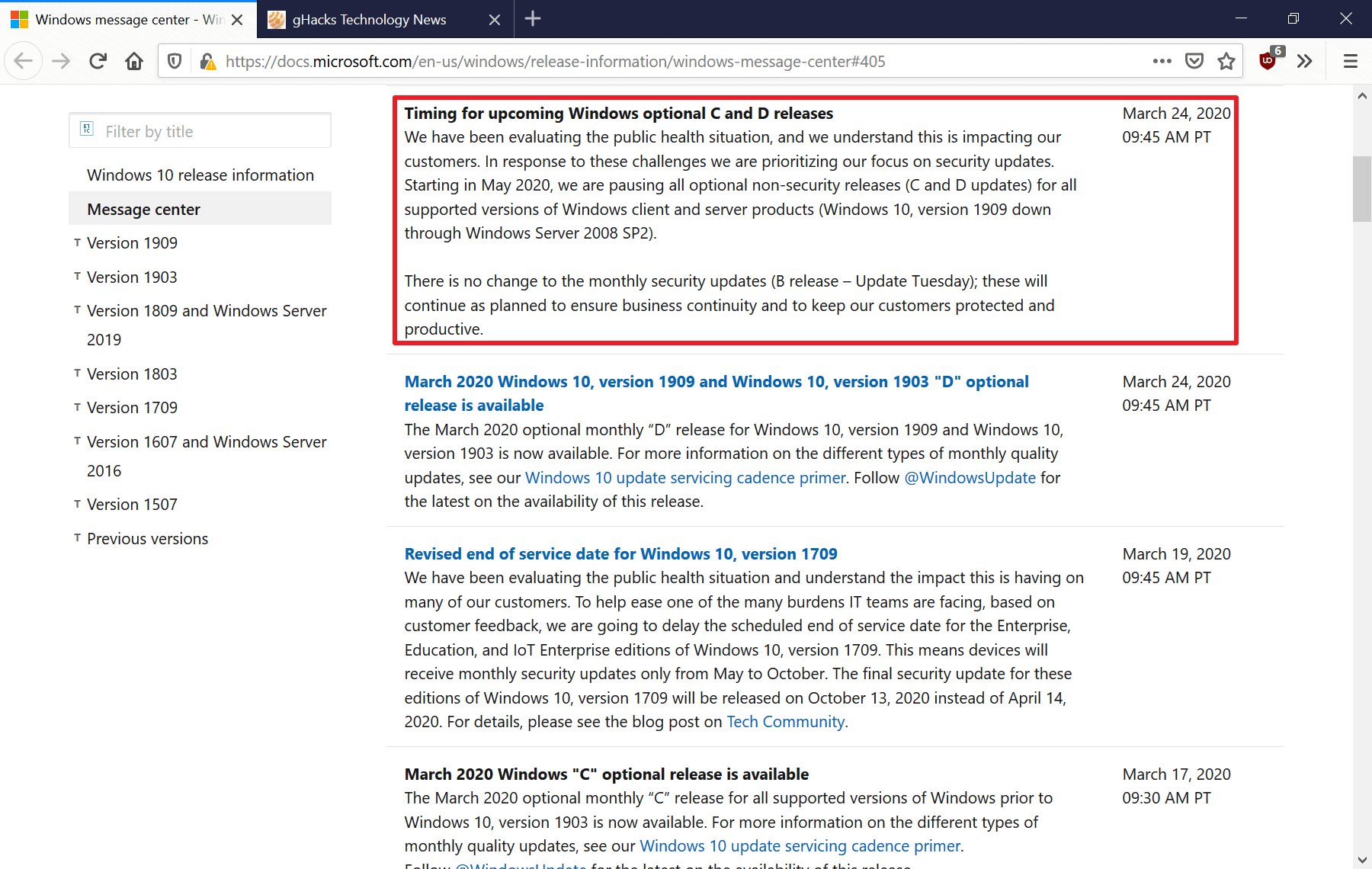 It has been my recommendation from the start to only install these preview updates if they fix an issue or issues that are experienced and severe enough to justify the installation of a preview update on a machine.

The updates are usually included in the following month's Patch Tuesday updates anyway.

We have been evaluating the public health situation, and we understand this is impacting our customers. In response to these challenges we are prioritizing our focus on security updates. Starting in May 2020, we are pausing all optional non-security releases (C and D updates) for all supported versions of Windows client and server products (Windows 10, version 1909 down through Windows Server 2008 SP2).

Microsoft does not mention the Coronavirus pandemic specifically but it seems likely that it is referring to it and that it is the reason why Microsoft made the decision to pause the creation and distribution of these preview updates.

Pausing indicates that the change is temporary in nature and that the production of preview updates will resume once the situation is under control.

The change won't affect the security update releases of any given month (also called B releases as they are pushed out in the second week of any month).

There is no change to the monthly security updates (B release – Update Tuesday); these will continue as planned to ensure business continuity and to keep our customers protected and productive.

Preview updates will be released in April 2020 but will be paused after the April release.

Now You: Do you install preview updates on your devices? (via Ask Woody)

Martin Brinkmann is a journalist from Germany who founded Ghacks Technology News Back in 2005. He is passionate about all things tech and knows the Internet and computers like the back of his hand. You can follow Martin on Facebook or Twitter
View all posts by Martin Brinkmann →
Previous Post: « Critical font parsing issue in Windows revealed (fix inside)
Next Post: KB4541335 for Windows 10 1903 and 1909 released »