Windows 10 version 1909, it is also called 19H2 meaning second half of 2019, will be delivered unlike any other feature update up to this point. Microsoft plans to push it to devices like any other cumulative update for the operating system which means that there will be less downtime and interruption when installing the update.

We expect it to be similar to a large cumulative update that Microsoft releases on the second Tuesday of each month. 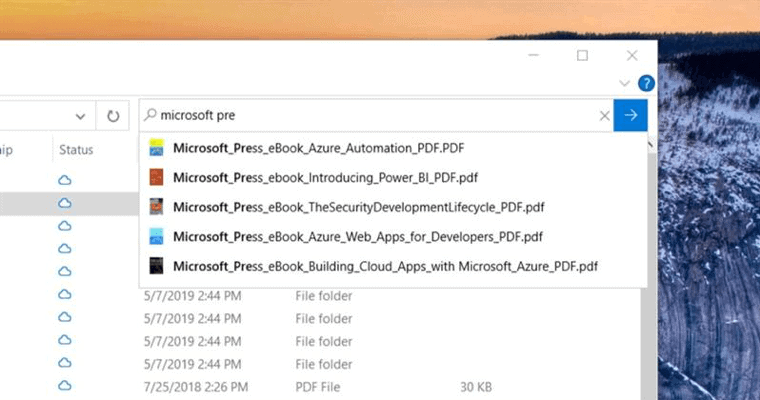 Microsoft changed the search experience of the default file manager File Explorer in Windows 10 version 1909. Windows users who are signed in to a OneDrive account may get OneDrive results when they run searches in File Explorer.

File Explorer suggests offline (local) and online files when users type into the search field in the file manager. Files can be launched with a single-click on the name in the suggestions box and you can also open the location by right-clicking on the item instead.

Users who just want to run a local file search can hit the Enter-key to do just that.

Note: I could not get the new search functionality to return any online results on a Windows 10 version 1909 test system that I set up. Microsoft announced in May that it would roll out the feature gradually to users. It is possible that part of the users who upgrade to Windows 10 version 1909 won't have it right from the get-go. 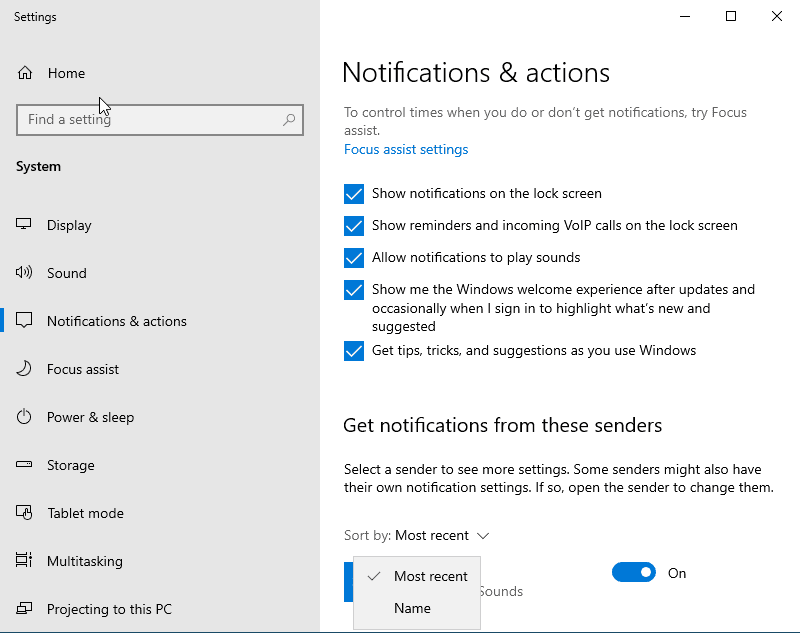 Action Center and notifications have a couple of new options and improvements. When you open the Notification Settings, e.g. by clicking on the notifications icon in the lower right corner of the screen and selecting Settings, or by selecting Start > Settings > System > Notifications & actions, you will notice that you may disable sound there.

When you uncheck "Allow notifications to play sound", notifications may no longer play sound on the system. Disabling sound is not an entirely new feature but you had no option to disable notification sounds globally before. You had to edit each sender individually and disable sounds for each to disallow audio reminders.

Microsoft changed the default sort order of notifications to "most recent" in Windows 10 version 1909 so that the newest notifications are always displayed first.  Windows 10 users who prefer the old "by name" sorting order can switch to it under "Get notifications from these senders". 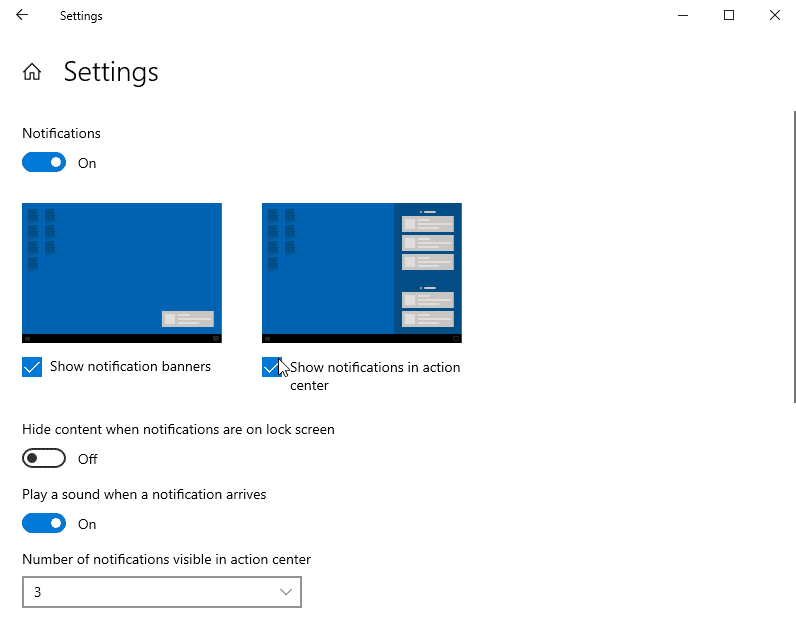 A click on any sender opens the preferences for that particular sender. The configuration screen has a new preview at the top that visualizes how notifications are displayed and provides options to disable these individually.

Some notification settings can be changed directly when the notification is displayed so that you don't have to go into the Settings to do so. 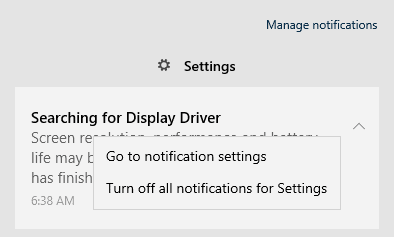 Lastly, there is also a new "manage notifications" button to quickly jump to the Settings. 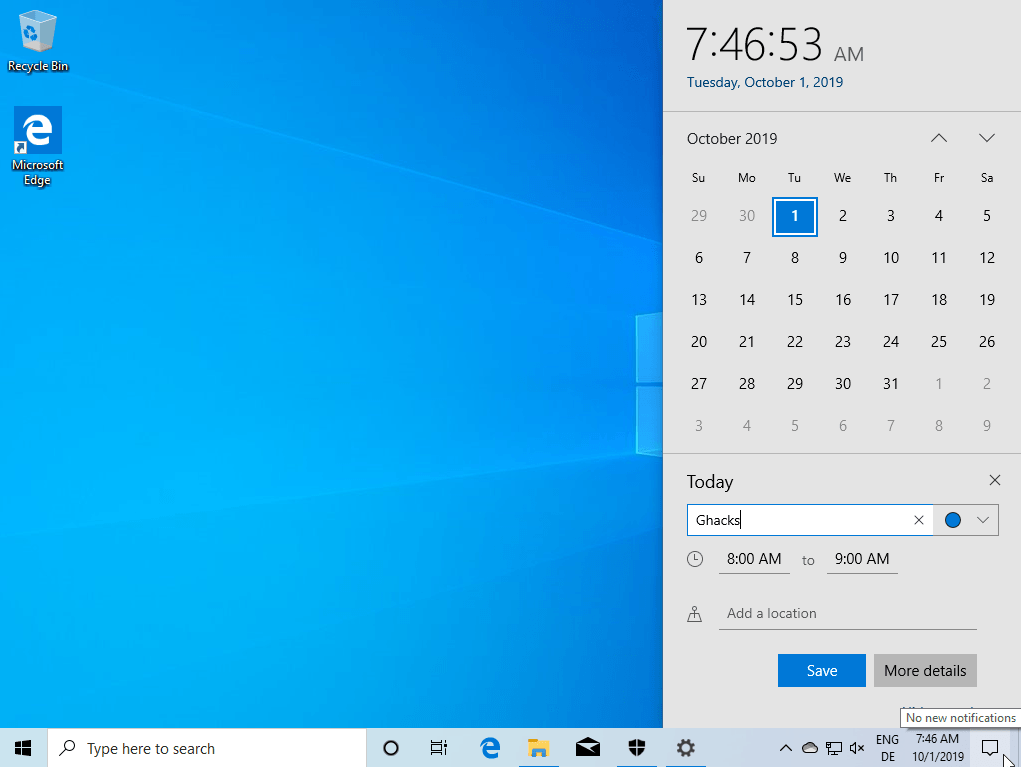 Microsoft added options to Windows 10 version 1909 to add new calendar entries directly on the desktop. You need to have set up a calendar for this to work.

Just click on time & date in the taskbar to display the calendar; there you will find a new "add an event or reminder" option. Just type the name of the event, select the starting and end time, pick a calendar, and set a location (optional). Select save to add the event to the calendar or click on "more details" to open calendar to add more information to the event such as an event description, people that participate, and set a status. 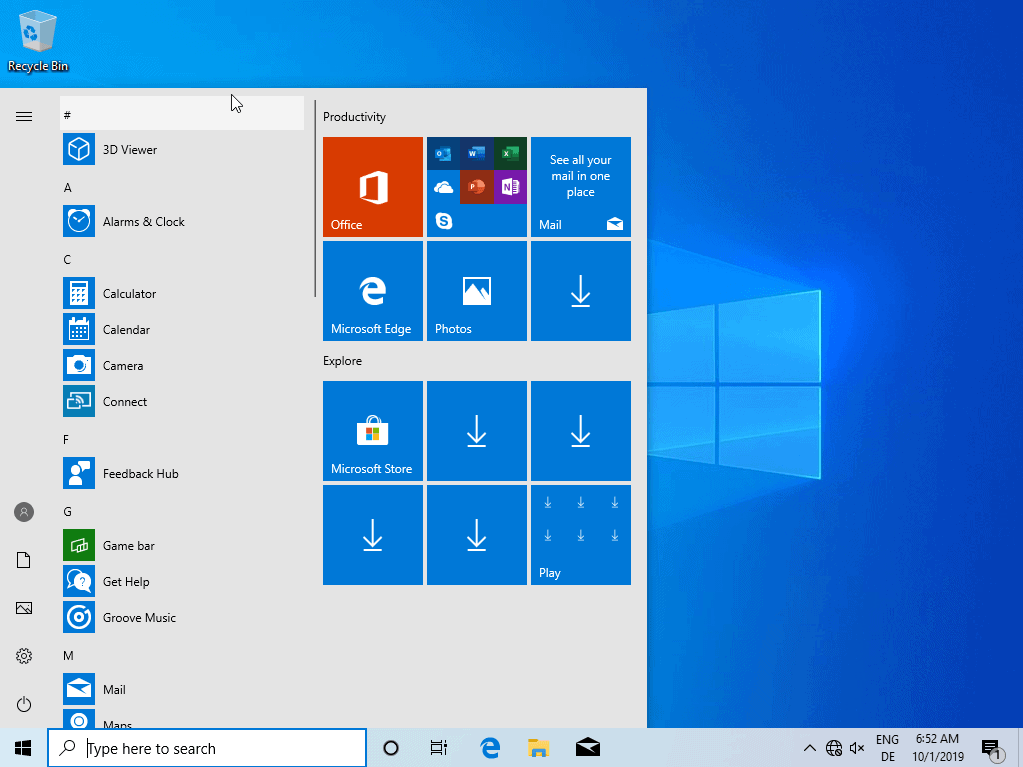 Microsoft added a small change to the Start Menu that improves the handling of menu items in the left panel of the Start Menu. Previously, you had to click on the menu icon to expand the panel; this is no longer necessary as the panel expands automatically when you hover the mouse cursor over it.

Now You: What is your take on the changes? Anything of interest?

Previous Post: « How to create a local account in Windows 10 1909 if the option is not available
Next Post: Microsoft announces yet another Windows 7 support extension (for SMBs) »