Woody Leonhard spotted the updates first, and he called them lame as they include a truckload of Japanese Era fixes and just some other changes.

The updates are available on Windows Update already. I recommend you wait with the installation unless you are affected by one of the issues that they resolve. In any case, make sure you back up the system and all important data properly before you start the update process. 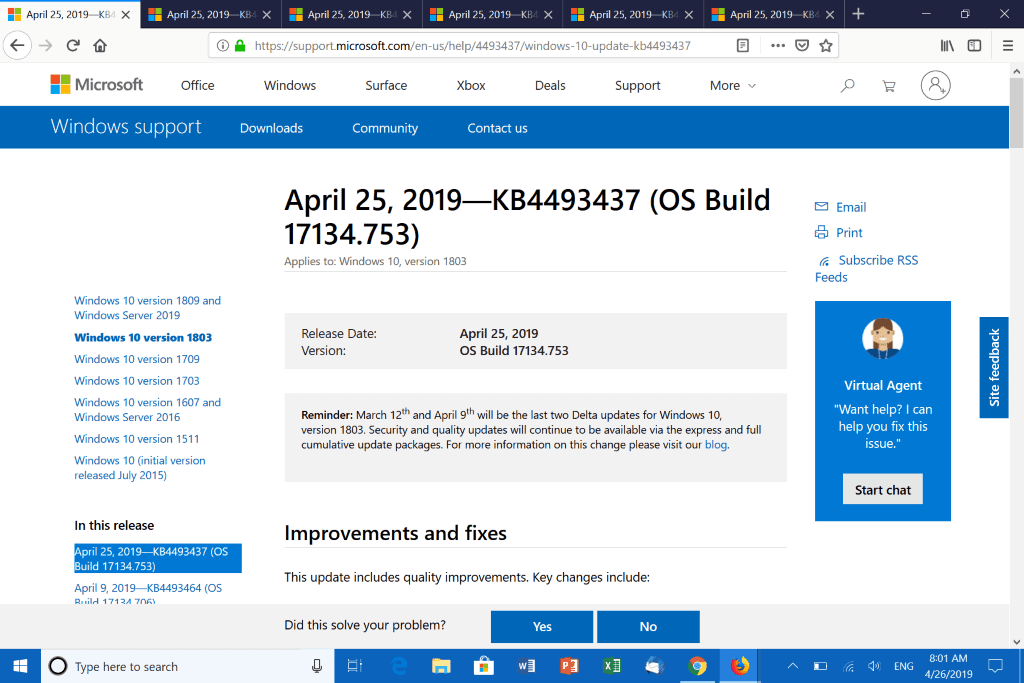 Contains a subset of the fixes that went into the Windows 10 version 1803 update. Only the second known issue of 1803 is listed.

Contains a subset of the fixes that went into the Windows 10 version 1803 update. Only the second known issue of 1803 is listed.

Contains a subset of the fixes that went into the Windows 10 version 1803 update.

Now You: Did you install any of these updates?