Most web browsers come with a built-in password manager, a basic tool to save login data to a database and fill out forms and/or sign in to sites automatically using the information that is in the database.

The tracking scripts exploit a weakness in password managers. What happens is the following according to the researchers: 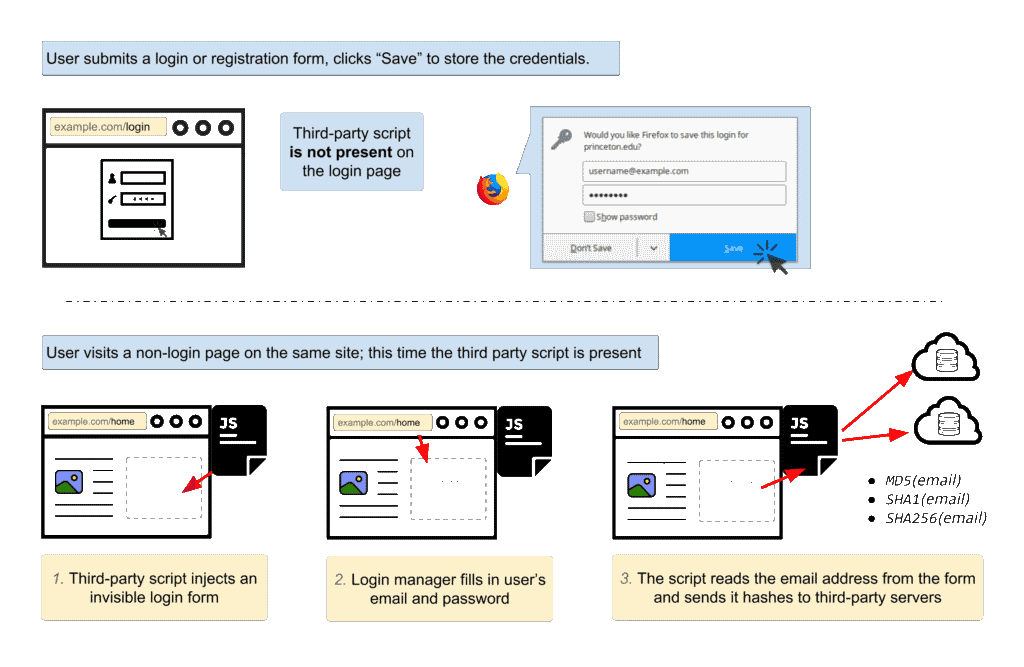 The researchers analyzed two different scripts designed to exploit password managers to get identifiable information about users. The two scripts, AdThink and OnAudience, inject invisible login forms in web pages to retrieve username data that is returned by the browser's password manager.

The script computes hashes and sends these hashes to third-party servers. The hash is used to track users across sites without the use of cookies or other forms of user tracking.

User tracking is one of the holy grails of online advertising. Companies use the data to create user profiles that record user interests based on a number of factors, for example based on the sites visited -- Sports, Entertainment, Politics, Science -- or from where a user connects to the Internet.

The scripts that the researchers analyzed focus on the username. Nothing is keeping other scripts from pulling password data as well however, something that malicious scripts have tried already in the past.

The researchers analyzed 50,000 websites, and found no traces of password dumping on any of them. They did find the tracking scripts on 1,100 of the top 1 million Alexa websites however.

The following scripts are used: 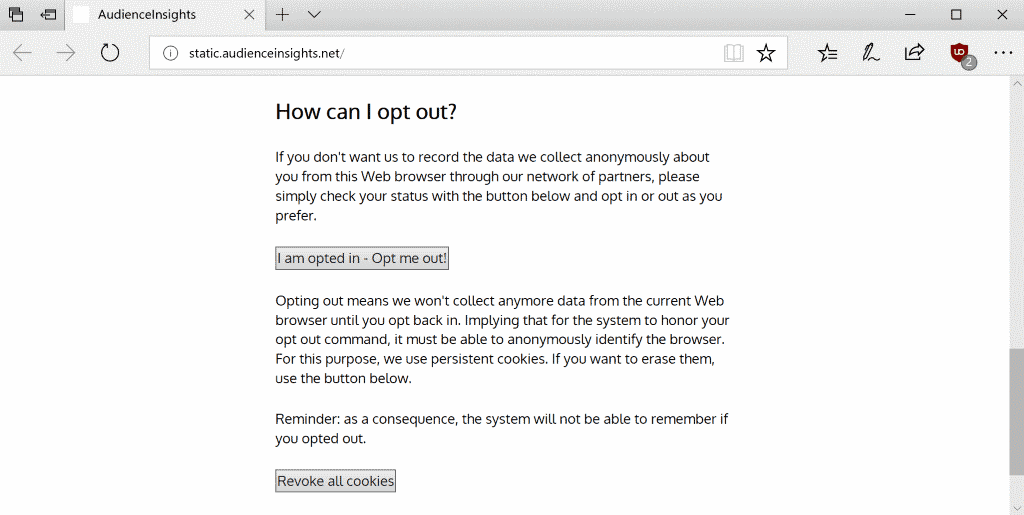 The researchers describe the functionality of the script in the following way:

Internet users can check the status of tracking and opt out of the collecting of data on this page.

The OnAudience script is "most commonly present on Polish websites".

Users can install content blockers to block requests to the domains mentioned above. The EasyPrivacy list does that already, but it is easy enough to add the URLs to the blacklist manually.

Another defense is the disabling of login data auto-filling. Firefox users can set the preference about:config?filter=signon.autofillForms to false to disable autofilling.

Is the advertisement publishing industry shoveling its own grave? Invasive tracking scripts are yet another reason for users to install ad and content blockers in web browsers.

Yes, this site has ads as well. I wish there was another option to run an independent site, or a company that would offer native advertisement solutions that run only on the server a site runs on, and does not require third-party connections or use tracking.

You can support us through Patreon, PayPal, or by leaving a comment / spreading the word on the Internet.