Microsoft added a bunch of smaller features and improvements to the Windows 10 Fall Creators Update.

One of the new features displays the GPU performance in the Task Manager provided that a compatible driver is installed.

You can launch the Windows Task Manager with the shortcut Ctrl-Shift-Esc. If this is the first time opening the Task Manager, you need to switch from the -- completely unusable -- default display mode to the full Task Manager by clicking on "more details".

GPU is displayed as a column under Processes. I checked multiple devices running Windows 10, and the GPU and GPU Engine columns were displayed each time by default. 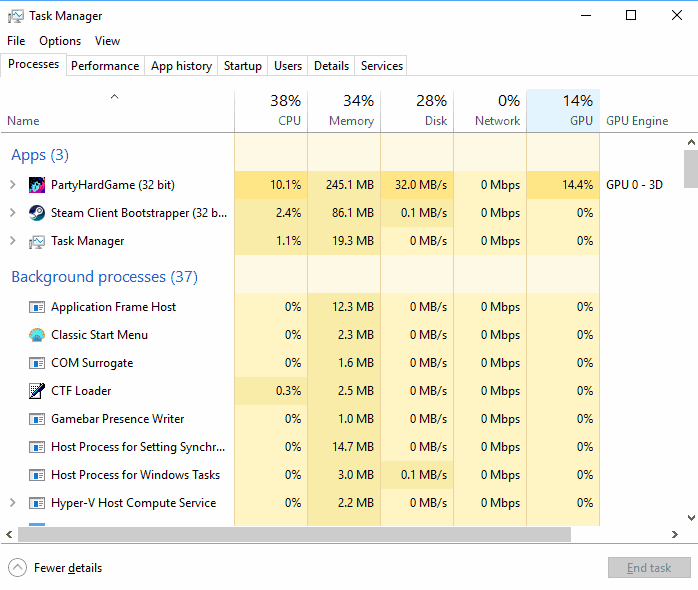 The first you need to do is make sure that the Fall Creators Update version of Windows 10 is installed on the device (or a newer version).

You can try and right-click on another column to see if GPU is offered as an option there. If it is, select it and the GPU and GPU Engine columns should be listed.

The reading of GPU data needs a particular driver version. If it is not installed, you won't get the functionality either.

The GPU listing in the Task Manager adds another reading to the default management application on Windows 10. You can use it to find out if a game maxes out GPU, or if other processes impact video performance on the device.

Microsoft did not only add GPU as a column under processes but also under Performance. The performance tab lists values of the CPU, memory, disks or networking, and now also the GPU.

GPU values include memory utilization and total memory, driver details, and historical data. Handy to find out if the GPU is a bottleneck on the device; this can be the case if the available memory is maxed out whenever you play a game, or if GPU usage hits the 100% load mark regularly. 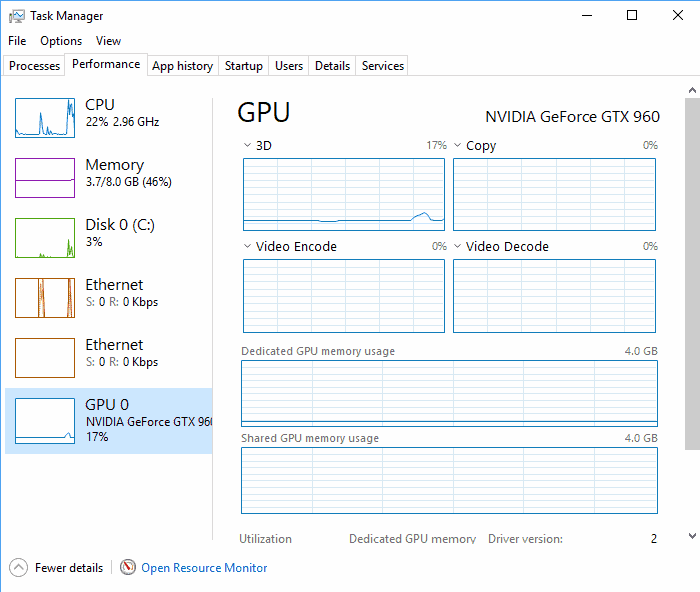 While you may notice GPU performance issues directly on Windows PCs, for instance when you get frame drops, low frame rates, or prolonged load times, it may sometimes be important to find out more about those. While Windows 10's Task Manager won't provide you with all the details, a quick look at the GPU history may reveal if the card lacks memory, power, or both.

Martin Brinkmann is a journalist from Germany who founded Ghacks Technology News Back in 2005. He is passionate about all things tech and knows the Internet and computers like the back of his hand. You can follow Martin on Facebook or Twitter
View all posts by Martin Brinkmann →
Previous Post: « The Windows 10 Registry process explained
Next Post: Fix the api-ms-win-core-libraryloader-l1-1-1.dll is missing error »