The new update replaces the previously released update KB4015438 which Microsoft released on March 20, 2017. The previous update fixed two crash and hang issues in the operating system that affected MPEG2 playback if Microsoft libraries were used for that, and systems with Switch Embedded Teaming (SET) enabled. 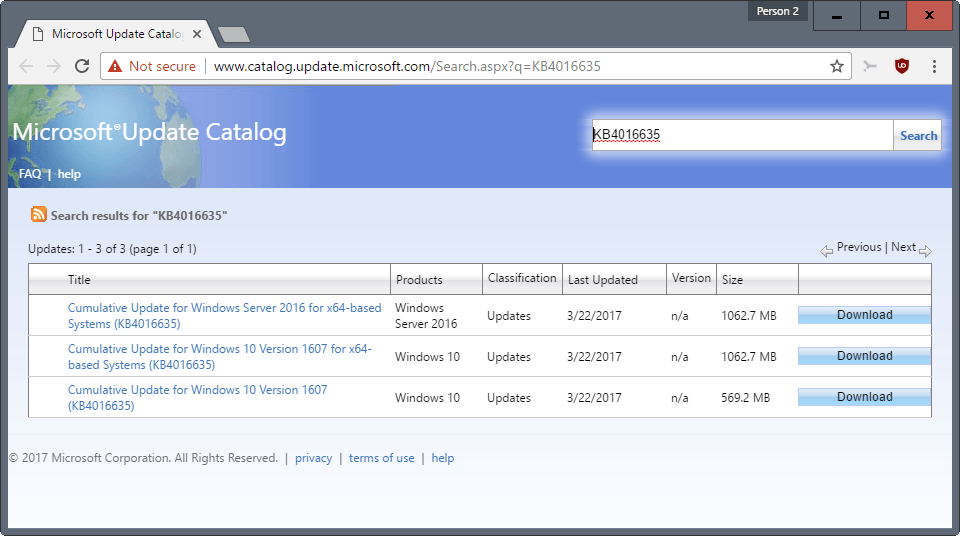 The two bugs were introduced on the March 2017 Patch Day. A workaround patch was discovered for the issue which was caused by improper CSS according to this report on Ask Woody.

Windows 10 and Windows Server 2016 users who are affected by the issue in CRM 2011 are advised to install the cumulative update as soon as possible to resolve the issue.

The cumulative update fixes a Windows Store issue that prevented users from updating applications as well.

Microsoft did release a patch for Internet Explorer 11 as well that fixes the issue on earlier versions of Windows.Â  You can find out more about the patch on the KB4016446 support page on the Microsoft website.

Forms in Microsoft Dynamics CRM 2011 are not displayed correctly after KB 4013073 is installed on a Windows system that is running Internet Explorer 11.