If you want to compete with Google's and Apple's mobile platforms, you have to be on an eye to eye level when it comes to the number of offered apps.

This seems to have Microsoft's initial idea when it launched Windows Store as a native application in Windows 8.

Things did not work out too well for the company. Windows 8 was not really that successful, and Windows Mobile never managed to get a sizeable market share either.

The situation got better with the release of Windows 10, but Windows Store is still not there where Microsoft wants it to be.

Developers focus on Android and iOS, and the consequence is that many popular apps and games are not available for Windows. 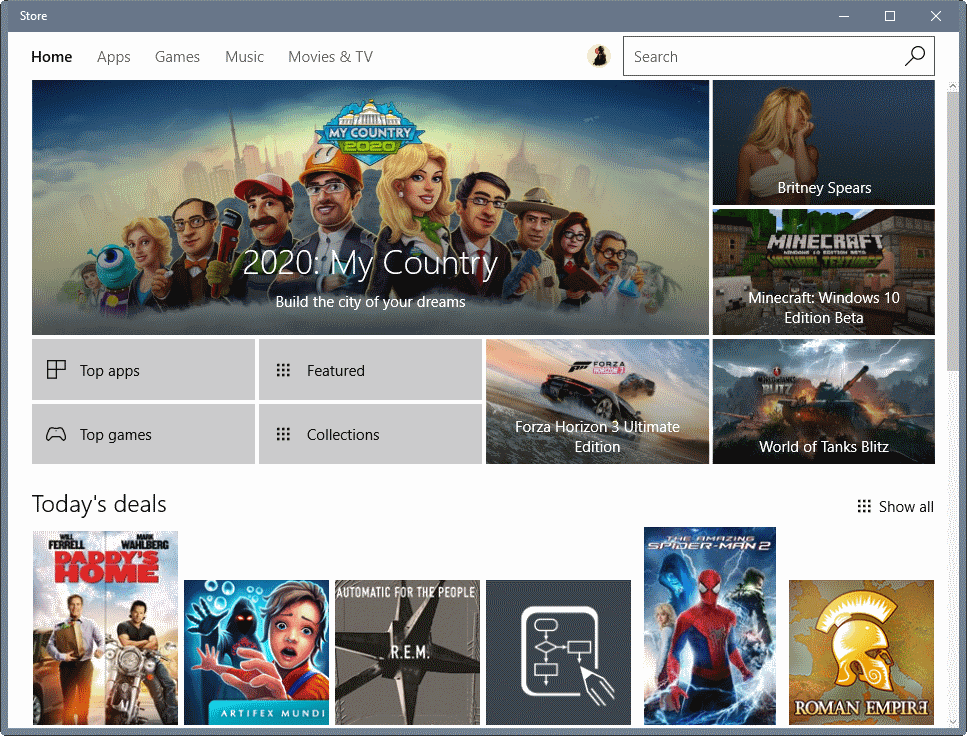 Microsoft seems to have changed its strategy in regards to Windows Store and application availability in recent time. The company began to clean up the store in earnest in July by removing low quality applications from the Store.

According to a report on the German Dr.Windows site, more than 30,000 apps in the German store alone.

This major move is not comparable to past clean ups where Microsoft focused on removing fake apps from the store.

It is rather interesting that the removal of tens of thousands of apps won't be the last this year. Microsoft announced recently that any app and game needs to have age ratings associated with it to remain in store.

This is a rather simple multiple-choice questionnaire that developers need to complete to have their application or game listed in the store.

Developers who have apps or games in store already need to do the same thing. Microsoft never mentioned it explicitly, but making this a requirement is a surefire way of weeding out apps or games that are not maintained anymore, or low quality.

Some developers pushed dozens of apps to the Store when it first opened, and many of those apps are still there. They have not been updated after their publication, and are of little use, and it seems likely that the developer or company responsible won't go through the age verification questionnaire for all those apps.

It is clear that Microsoft cannot compete with Apple or Google when it comes to sheer numbers. That's not really necessary either, as a properly maintained and managed store that is offered a sizeable number of high quality apps may be more to the liking of users.

The removal of low quality apps won't resolve Microsoft's main issue though; that many high profile apps are not available for Windows Store at all.

One option that Microsoft has is to sprinkle money around to get high profile developers to port their apps to Windows Store. A good starting point would be the top 10 apps of certain categories, or even the top 100 overall apps.

While this would cost Microsoft a pretty penny, it would improve the perception that users have of Windows Store.

Now You: What would you do to improve Windows Store?