Malwarebytes, makers of the popular Anti-Malware application for the Windows operating system, has just released a new version of Anti-Exploit.

Anti-Exploit is a security program for Windows that detects and blocks some types of exploits that can  cause great harm on unprotected systems.

Update: the program is still available as a standalone version for Windows after the release of Malwarebytes 3 to the public. End

Existing users can wait for automatic updates to kick in or download the latest version from the developer website to update the program asap.

The fingerprinting detection feature that Malwarebytes added to both versions of the program adds capabilities to the program to detect malware that is trying to gather information about a system's security programs. 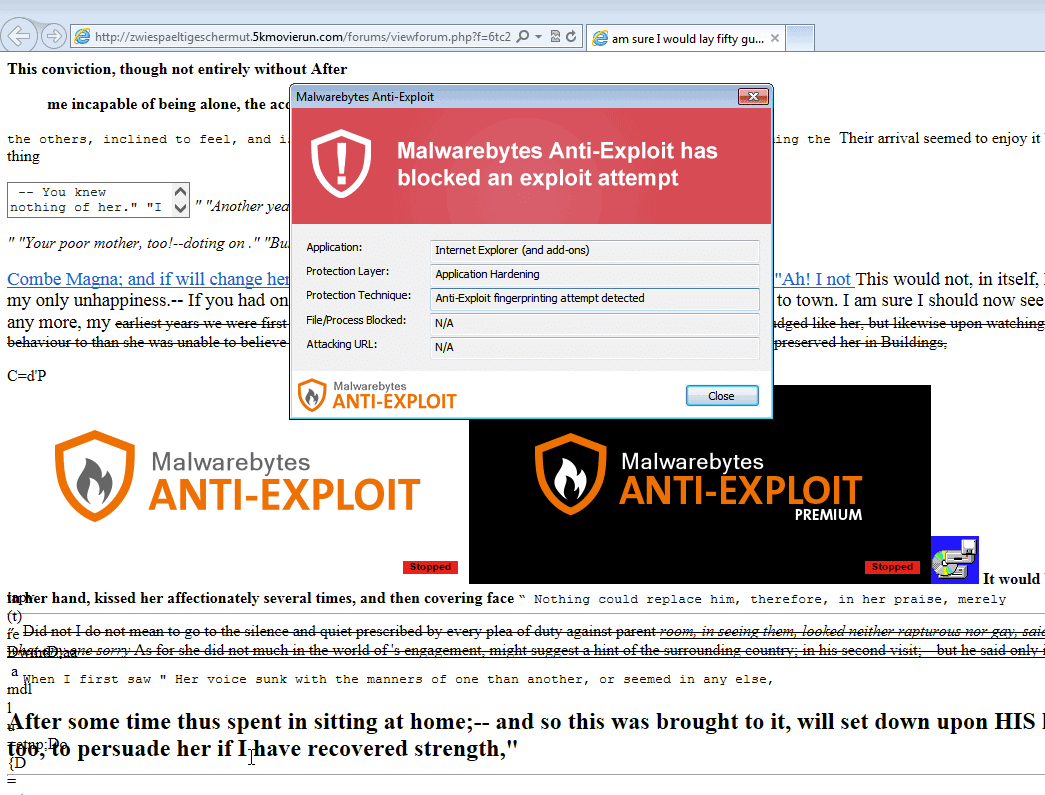 Malicious software may ship with functions that scan the system for installed security software to stop execution if specific types of software are found running on the system.

The new Anti-Exploit informs users that malware ran on the system whereas older versions did not notify users about attempts to exploit the system if the exploit software stopped the execution after detection security software on the user machine.

Anti-Exploit users benefit from the feature as it may provide them with important information about the state of the user system. This may lead to further scans to make sure the source of the malware attack is no longer a threat.

The new version of Anti-Exploit ships with another set of features. First, it supports Microsoft Edge as another browser on Windows 10 now.

As far as mitigations are concerned, two new ones were added to version 1.08 of the security program:

The program's VBScript mitigation for IE was improved and you find new application behavior rules integrated as well into the program.

Last but not least, the developers have added failover upgrade mechanisms and an auto-recovery option for the Anti-Exploit service to the application.

Malwarebytes continues to improve its anti-exploit program. While there are not many tests available, it did beat Microsoft's EMET in both that I'm aware of even though it needs to be said that one of the tests was sponsored by Malwarebytes.

Now You: Do you run anti-exploit software?