Microsoft just pushed out a new build of its upcoming operating system Windows 10 to Fast Ring users of the Windows Insider program which upgrades it to build 10158 in the process.

Attention: You need to backup Favorites manually while still on build 10130 due to a change in app ID as Microsoft finally rebranded Project Spartan to Microsoft Edge, the final name of the new web browser of Windows 10.

Microsoft notes that favorites, cookies, the browsing history and reading list will be lost after the upgrade.

To backup the favorites, copy them from the folder %localappdata%/Packages/Microsoft.Windows.Spartan_cw5n1h2txyewy/AC/Spartan/User/Default/Favorites to the %userprofile%/Favorites folder of the system.

Then you need to select Settings > Import Favorites after the upgrade in the new Microsoft Edge browser to import the backed up favorites again by selecting Internet Explorer. 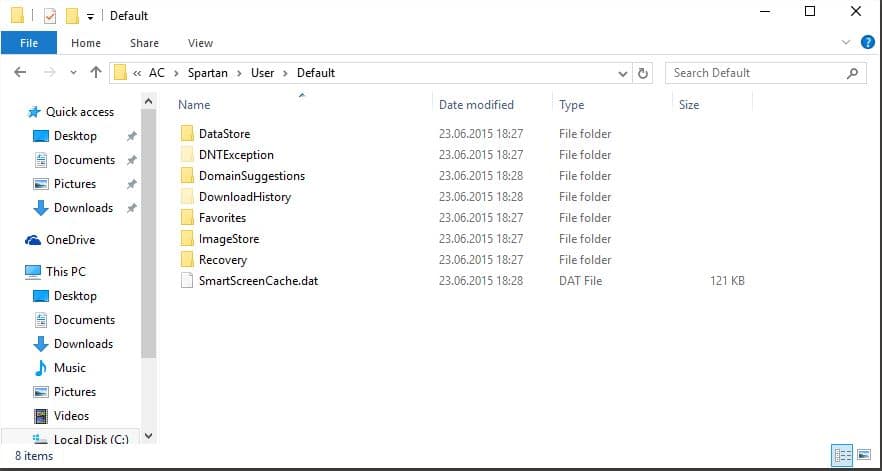 Microsoft made several changes to the browser. Some introduce core browser features that Microsoft Edge was missing up until now including drag tabs to a new window, password and form-fill support, and data import from other browsers.

Others introduce features to the browser which you need to enable before they become available. To enable the dark theme for instance, you have to click on the three dots in the main toolbar, select settings when it opens and there the dark theme. 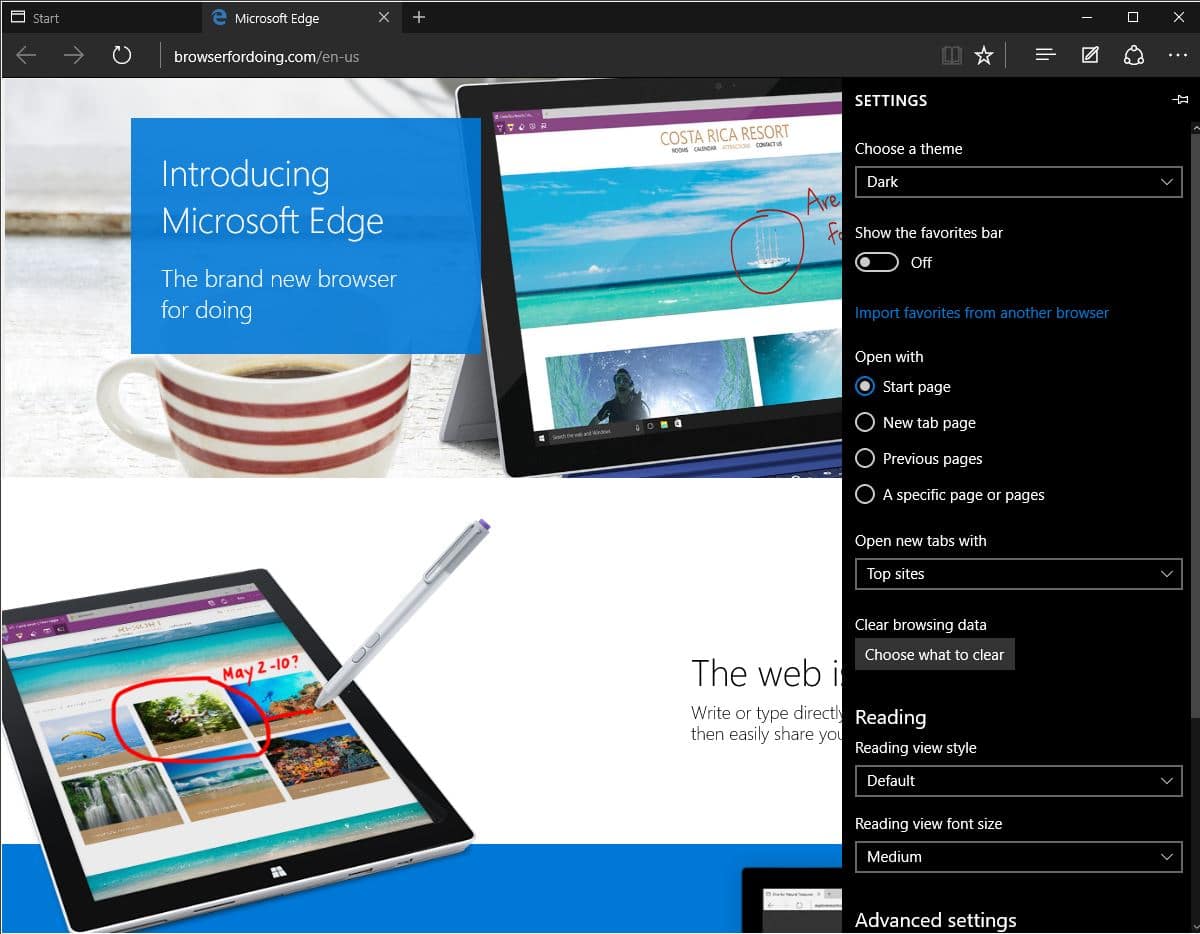 You may also add a dedicated Home button to Edge under advanced settings or change what is displayed when you open a new tab page in the browser or start it.

You are probably wondering how Edge is performing, especially in comparison to other browsers. It came out on top in a quick benchmark test against the most recent stable versions of Firefox and Chrome beating both browsers by about 2000 points.

While Microsoft Edge is performing well and may be attractive because of that and because of how stripped down it is, its lack of features makes it less attractive to users who like to customize the browser.

Extension support is not available yet and it remains to be seen how Microsoft will implement it after all.

The new Windows 10 build ships with a bunch of improvements that will mostly appeal and be noticed by mobile users.

Cortana got updated for instance with a new dark theme and lots of improvements. You may now track flights using it for instance or let it write entire emails for you (only U.S. English supported right now). You may also notice UX improvements and if your company is opted into First Release for Office 365, may test the integration of Cortana with Office 365.

Mobile users may swipe to the left when the start menu is open to display all applications. In addition, it is now possible to click on the letters in the all apps listing to jump quickly to one which should benefit users with lots of applications installed. It is unfortunately not possible to tap on a key on the keyboard to jump to the letter or character.

The classic Windows Store seems broken in the release which means that you are left with the new store instead which gives you less control and options. 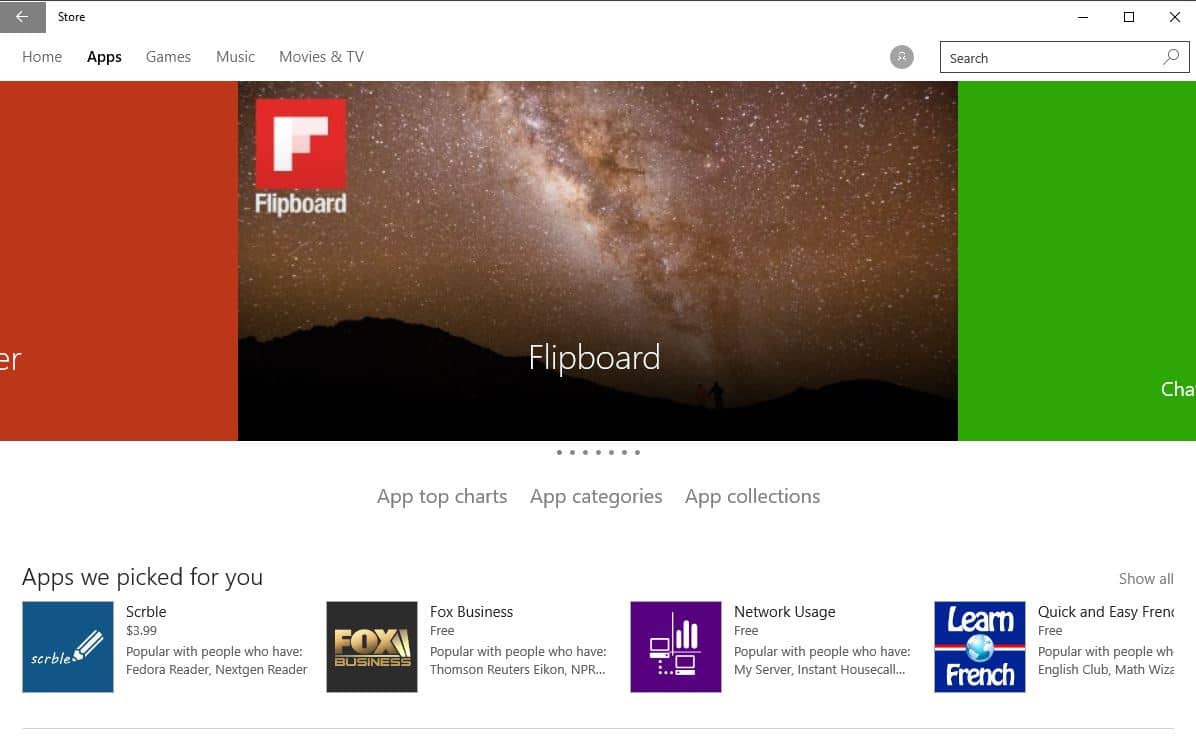 Microsoft appears to have copied Google's user-unfriendly store design in this regard as Google Play does not provide you with these options either.

The company improved the Snipping Tool in the newest build. While it is still rather basic when compared to dedicated screenshot programs, it is now supporting delays which can be useful if you want to capture menus for instance. The only option you had previously to capture menus was to use the Ctrl-Print shortcut to invoke it directly without clicking on its capture button.

Microsoft plans to release a preview of the Windows 10 SDK later today.

Now You: Have you tried the new build yet? What's your take on it?

Martin Brinkmann is a journalist from Germany who founded Ghacks Technology News Back in 2005. He is passionate about all things tech and knows the Internet and computers like the back of his hand. You can follow Martin on Facebook or Twitter
View all posts by Martin Brinkmann →
Previous Post: « How to disable web search in Windows 10's start menu
Next Post: 5 New Windows 10 features you may like »