How to restore Tabs On Bottom in Firefox - gHacks Tech News
ghacks.net

How to restore Tabs On Bottom in Firefox

Most browser developers believe that tabs on top of the browser window is the logical position. They may state that this is  consistent in regards to the user interface, or that all "other" browsers are doing it as well.

The debate whether tabs should be on bottom or top in Firefox has waved for years. Mozilla started to push out tabs on top in Firefox 4 as the default display mode but kept an option in Firefox to display them at the bottom if wanted.

Side note: There is also a third group of users, those who like their tabs displayed on the side of the browser.

Recently, the organization has removed that option from the UI of Firefox, but kept it as a about:config switch that experienced users could still use to display tabs on bottom. That switch, browser.tabs.onTop, will be removed when Firefox Australis is released.

Before we look at  ways to restore tabs on bottom, we need to define bottom and top.

Tabs on top are displayed above the address bar and the bookmarks bar in Firefox. In Australis, only the titlebar is displayed on top of the tabbar. 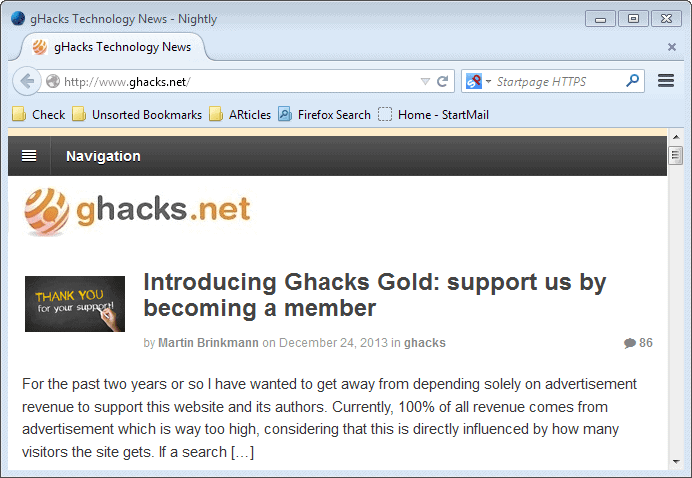 Tabs on bottom on the other hand means that tabs are displayed below the browser's main toolbar and the bookmarks bar. It should not be confused with Tab Mix Plus' bottom display option which moves the tabs below the website to the bottom of the browser window. 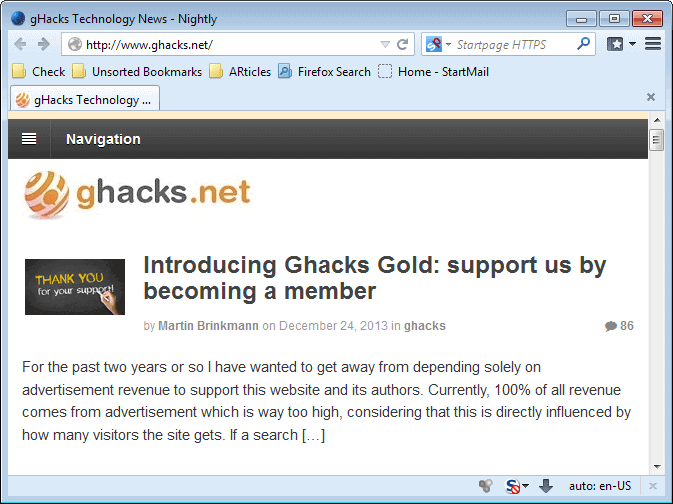 Update: The extension described below don't work anymore in new versions of Firefox. There is only one option left, to the best of my knowledge, that forces Firefox to display tabs at the bottom of the interface and not the top, and that is by using custom CSS styles. 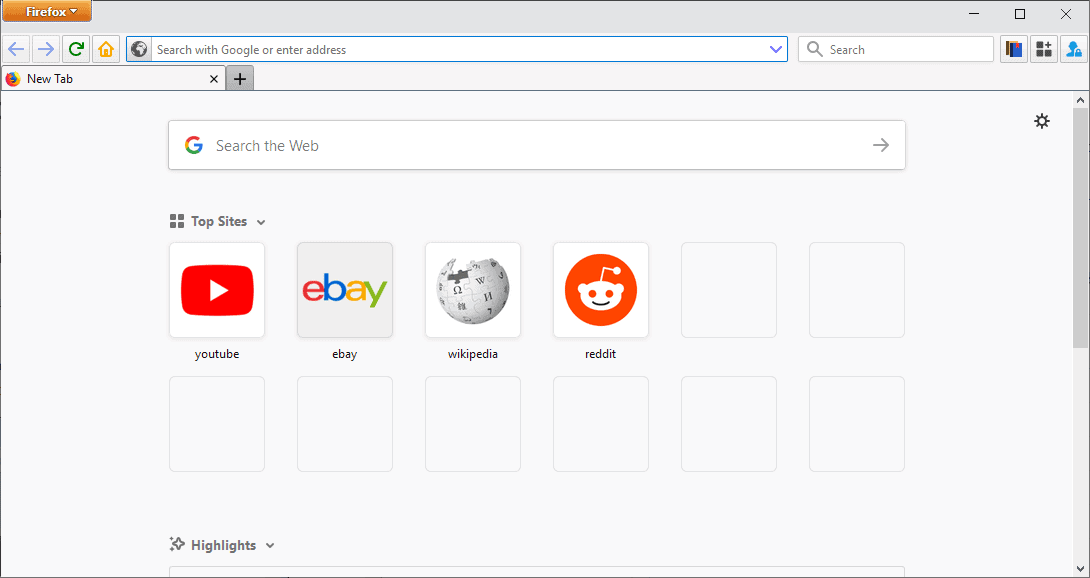 Firefox should display tabs below the address bar after the restart. End

If you want to restore the functionality, you will have to install extensions to do so. I'm going to review two extensions -- briefly -- that you can use for that.

Straightforward is the Tabs On Bottom extension. It has only one purpose and that is to restore the tabs on bottom functionality in Firefox. All you have to do is install the extension to regain the missing functionality. Note that it will leave other Australis-related changes such as curved tabs as they are.

Classic Theme Restorer on the other hand restores tabs on bottom as well as about a dozen other features or interface elements that were modified or removed in Firefox Australis. I have reviewed the extension in detail here. 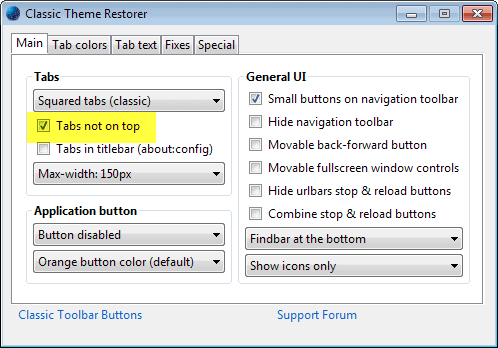 You are probably wondering when this change is going to happen. If you are running Firefox Nightly, it already happened. Firefox Aurora users will notice the change February 4, 2014, Beta users on March 18, 2014, and the bulk of users when the stable version of Firefox is updated to version 29 on April 29, 2014.

While we are at it: what is your preference in regards to tabs? Top? Bottom? Side? No tabs? Lets discuss in the comments.

Article Name
How to restore Tabs On Bottom in Firefox
Description
Find out how to customize the Firefox web browser to display the row of tabs at the bottom of the user interface and not at the top.
Author
Martin Brinkmann
Publisher
Ghacks Technology News
Logo

Previous Post: « How to monitor extension updates in Chrome and Firefox
Next Post: The ultimate guide to making Firefox slower: speed up myths »