Why you may have received a Steam Trade Ban, and how to enable trading again - gHacks Tech News
ghacks.net

Why you may have received a Steam Trade Ban, and how to enable trading again

Ever since Valve introduced virtual items on Steam in Team Fortress 2, trading became a big topic. Players were suddenly able to trade items they found or bought with friends and foes, often for other items in return and sometimes also for money instead.

In the beginning, money was not an option on Steam directly. Trades where money was involved were brokered on third party websites instead, which opened the doors for manipulations and trickery of all kind.

Valve eventually opened the Steam Marketplace where players could buy and sell items for money. The list of items that players were allowed to sell was - and still is - limited, which is why third party trading sites are still highly popular.

Some rare virtual items would sell for hundreds of Dollars, which in turn increased the incentive for some to steal those items. That was when account hacks and take overs become an increasing problem. Hackers who managed to get into user accounts often cleaned the account either by selling all items to unsuspecting third parties or through trades against other items that were then sold outside of the marketplace for cash. 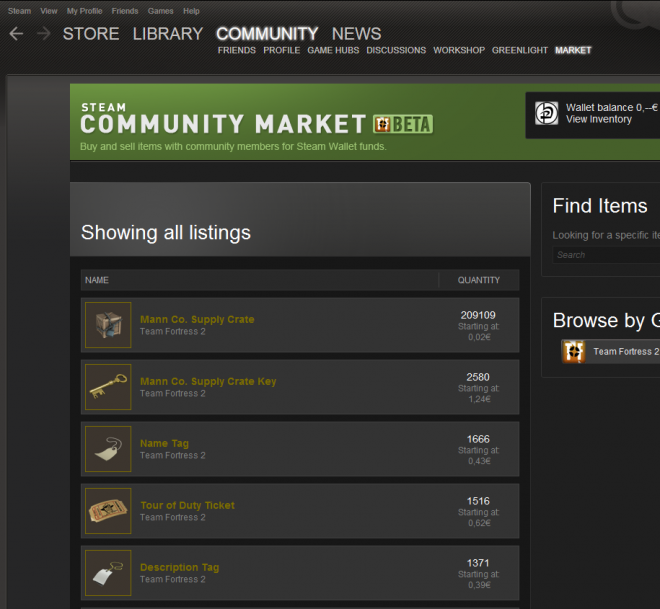 SteamGuard is one of the security options that Valve made mandatory for all users who wanted to trade on Steam. It is a two-factor authentication protection basically, meaning that you have to enter your Steam login credentials and a randomly generated code during sign-in on new devices.

Valve introduced a new feature today that improves Steam Guard security to protect hacked accounts better. The new feature bans affected accounts from trading for 15 days. The idea here is to detect if someone else is accessing the account, for instance by comparing IP addresses, which makes it likely that the account has been hacked. If someone accesses Steam from the US, and half an hour later from Chine, Australia or Brazil, it is a strong indicator that a second person is accessing it.

A trade ban prevents users from selling, buying or trading items on Steam.

The protection has its issues on the other hand, and it all comes down to the definition of a new device. While most may assume that using the same computer is perfectly safe, it may not be at all times.

Valve notes that clearing cookies and the browser cache will not trigger a Steam trade ban if the browser used was Steam Guarded for at least 15 days prior to this. It admits however that some changes might, for instance if the ISP changes that is used to connect to the Internet.

Steam users who have been trade banned on Steam may fall into this category.  There may be other reasons. If you reset your Steam password, you will be restricted from trading for 5 days.

If your account has not been active for 2 months, you will instead be restricted from trading for 30 days. It is important to note that this is only true for resets of the user account password, not for changing it.

Many trade bans are temporarily but some may have been set to be permanent. Users may receive messages such as "Your trading privileges have been permanently suspended for violations of the Steam Trading Policy" when that happens. The only option to get the restriction revoked is to contact Steam Support directly and make a case for it.