Rumors about Microsoft's strategy for the next version of Windows was all we had until recently. Some job postings highlighted that Microsoft is working on Windows 9 and Windows Blue. From the meager information that we have, it looks as if Windows Blue will be an update to Windows 8 while Windows 9 will be the next operating system the company plans to release. As always, Windows 9 is only a codename used during development. While it is unlikely that Microsoft will change the name, it is in the realm of possibility that the company will nevertheless.

Various Internet sites and forums indicate that a build of Windows Blue leaked on the Internet. If you have expected major changes in Windows Blue you will probably be disappointed as it seems to offer only gradual improvements over Windows 8. While it is too early to say if it will be an update - like a service pack with additional features - for Windows 8 or introduce major changes to Windows 8 that are implemented into later builds, it is clear for now at least that users should not expect too much from it.

A video was released on YouTube a couple of hours ago that walks you through Windows Blue build 9364.

The first thing that you will notice is that there is no start menu, and that the start screen is still there. If you had hopes that Microsoft would somehow reconsider some of its decisions that it made for Windows 8 you will certainly be disappointed by this. So what is new in Windows Blue? 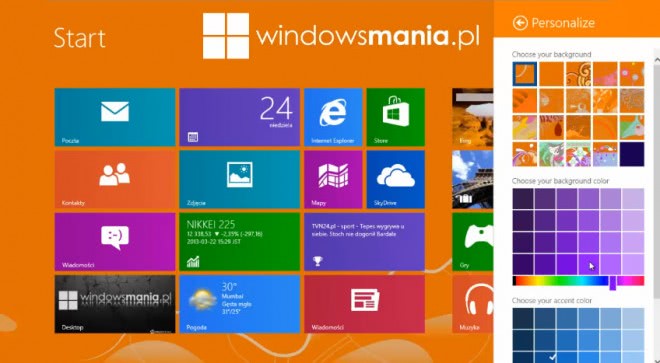 What's your take on the changes introduced in Windows Blue so far?

Martin Brinkmann is a journalist from Germany who founded Ghacks Technology News Back in 2005. He is passionate about all things tech and knows the Internet and computers like the back of his hand. You can follow Martin on Facebook or Twitter
View all posts by Martin Brinkmann →
Previous Post: « Windows 7 SP1 will be distributed via automatic update
Next Post: Windows Blue: Windows 7 File Recovery option gone »