Browsers like Firefox, Opera and even Internet Explorer have seen improvements as well in recent time, and gaps that have been wide open performance-wise are getting smaller with every browser release.

Mozilla today announced that it has activated the JavaScript JIT (Just in Time) IonMonkey in Firefox 18. Nightly users of the web browser benefit from large JavaScript performance gains thanks to the new compiler.Â  IonMonkey not only improves the browser's JavaScript performance for users of the browser; the new engine furthermore gives Mozilla additional options to improve and optimize the engine furthermore which were not available previously.

SpiderMonkey has a storied history of just-in-time compilers. Throughout all of them, however, weâ€™ve been missing a key component youâ€™d find in typical production compilers, like for Java or C++. The old TraceMonkey*, and newer JÃ¤gerMonkey, both had a fairly direct translation from JavaScript to machine code. There was no middle step. There was no way for the compilers to take a step back, look at the translation results, and optimize them further. 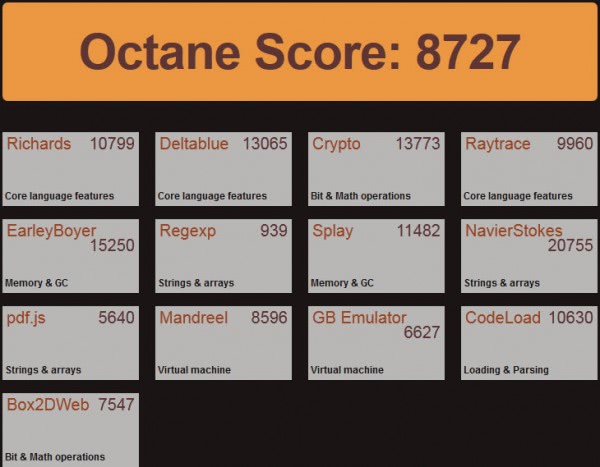 I ran Firefox 18, 17 and Google Chrome 23 Canary through the Octane and Kraken benchmarks with the following results.

It comes as a surprise that Firefox 18 beats Chrome 23 in the Kraken benchmark. I reran the benchmark in Chrome just to make sure the results were correct, and Chrome finished in about the same time.

The Octane benchmark on the other hand was disappointing. A mere gain of 200 points in the benchmark looks more like a fluke than something that Firefox users will notice.

It remains to be seen how this will turn out in the following months when further improvements are made to the compiler.

It takes three release cycles before IonMonkey will be available to stable users of the browser. IonMonkey will also be enabled shortly for Firefox for mobile devices.