Take this with a grain of salt as it has not been officially confirmed yet by Microsoft. According to Mary Jo Foley the company has finally decided on a new name for the design language formerly known as Metro. The new name? Windows 8. Now, if that is confusing you then you are definitely not the only one.

It appears that manufacturers such as Lenovo were quick to act. When you look at the shop page for the company's upcoming Lenovo Thinkpad Tablet 2 you will notice among other things that it lists desktop and Windows 8 apps as a feature on the right. 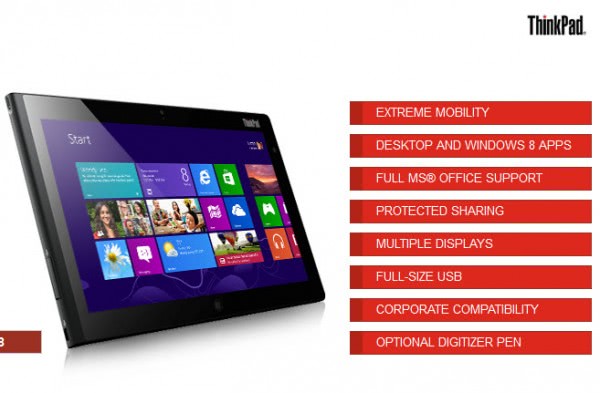 Mary Jo also wondered what would happen to Windows Phone and its use of Metro, and it appears, that Microsoft will replace Metro there as well with Windows 8. That to be honest makes even less sense and could even lead to more confusion in the long run.

If you ask me, a far better approach would have been to stick with Windows - without the 8 - instead, as it would have simplified things considerably. Microsoft would not run into issues when they release the next versions of Windows Phone or the Windows operating system.

What Microsoft has done is replace the Metro name that it found to be overused with a name that is even more generic than that. Now we are basically calling everything app and interface related Windows 8, both on the Windows 8 desktop systems and Windows Phone, and if that does not lead to confusion and over use then I may be in the wrong line of business.

Update: The Verge is now reporting that Microsoft may select a different name after all. They noticed that Microsoft employees starting to use Modern UI instead of Metro or Windows 8. Still, until we get official word from Microsoft it is just another rumor.