Google+ Hangouts On Air Available To A Wider Audience

If you are a Google+ user, you have probably read about hangouts before, and maybe even joined some. Hangouts basically are chat rooms where you can chat with a group of people. Google last year introduced Hangouts on Air, which basically offered a way to live broadcast a stream between the participants. Back then, the feature was only available to a limited number of broadcasters.

Today, Google made the announcement that they have enabled Hangouts on Air to Google+ users worldwide. Before you now jump up and down in joy, I'd like to direct you to the Hangouts on Air availability listing, which makes it very clear that the feature is not available worldwide yet, at least not when the creation of a new broadcast is concerned.

The page lists 20 countries in total where the feature is available, including Poland, the United Kingdom, Russian Federation, India and even Canada. If you are unlucky, your country may not be in the list, which in turn means that you can't create hangouts on air just yet. 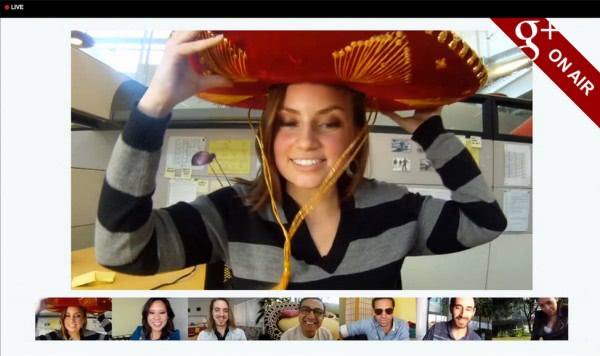 Users who want to create Hangouts on Air furthermore need to have a YouTube account in good standing without any strikes, and be at least 18 years of age.

Google+ users eligible can start to broadcast publicly on Google+, the YouTube channel, or a website.Â  You need to review and agree to the legal terms when you create your first hangout on air, and need to link your YouTube account to the Google+ account as well.

Here is a short introductory video:

Hangout on air broadcasters have options to share the video on their YouTube channel, and their Google+ stream once the broadcast is over.

The Hangout on air feature, at least when it comes to public ones, does not seem to be overly popular right now on Google Plus. Interested users can check out the live ones right here.

Previous Post: « How To Open CSV Files On Google Docs
Next Post: « Google Knowledge Graph Launches In the U.S.