Microsoft has released several beta versions of upcoming products. You are probably already downloading the Windows 8 Consumer Preview that was released about an hour ago. The release marks the beginning of the beta phase of the operating system. Windows Server 8 Beta, Visual Studio 11 Beta and Microsoft .Net Framework 4.5 Beta have been released today as well. This article links to downloads for all released beta versions, and looks briefly at the changes and feature additions in those versions.

The system recommendations have been posted as well:

Microsoft notes that these are not system requirements and not final.

The Windows Server 8 Beta has been released today as well.

Windows Server "8" is the broadest, most scalable and elastic platform for web and applications. Its consistent, open set of tools and frameworks give developers the flexibility to build and deploy applications on-premises, in the cloud, and in a hybrid environment. Windows Server "8" will empower you to deliver:

An open web platform: Windows Server "8", combined with Internet Information Services (IIS), offers a solid platform for both open-source web stacks and ASP.NET, opening up a wide range of choices for application development.

A scalable and elastic web platform: Hosting providers can use new features in Windows Server "8" to increase density, simplify management, and achieve higher scalability in a shared web-hosting environment.

Visual Studio 11 comes with many feature additions and improvements. It includes support for Windows 8 and web development. 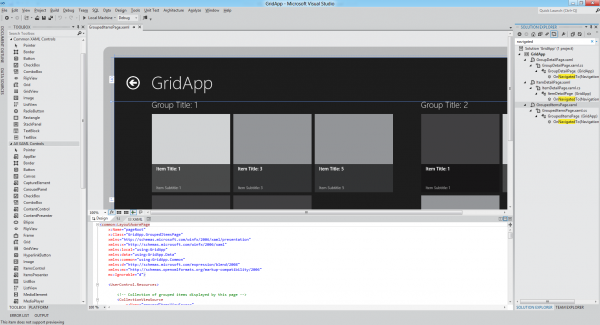 The Microsoft .Net Framework 4.5 Beta improves the framework in many different ways. Core enhancements include:

Closing Words: Four new beta releases in one day may seem overkill, even for a company like Microsoft. The servers seem to be capable of handling the traffic right now. It remains to be seen though if it stays this way or if they will slow down to a crawl eventually when more users start to download the beta versions.

Have you download and tried a beta version yet? If so, what is your impression so far?