Chrome Web Store Gets Subcategories, But Not For Extensions

When you compare the Chrome Web Store to the Mozilla Add-ons Repository, you will notice that the former offers little sorting and customization options. Up until now you saw a list of recommended apps and extensions on the front page, with options to change the listing to popular items instead of display apps or extensions in one of the broad categories listed on the page.

The store offered no sorting options by release date, rating or update day which makes it a lot harder to find new and exciting extensions and apps in the store.

Another issue was the fact that developers and companies could add their apps to two different categories, so that users would find duplicate listings in the store.

Google today announced a change to the Chrome Web Store that is changing some of the issues for the better. The store now lists apps only in the primary category, and ignores the secondary category listing, which should reduce the number of dupes to zero in the store. 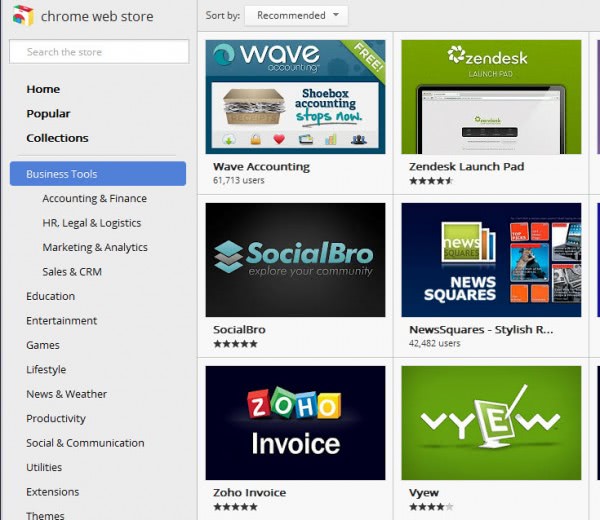 Google hopes that the new system will improve app discoverability in the store. Google plans to introduce new subcategories once enough apps are available to fill it in the store.

Extensions on the other hand have not received the same treatment. They are still lumped together in 12 categories without any serious sorting or filtering options. The Social & Communication apps listing for instance now includes five subcategories, while the same named extension category none.

Google in my personal opinion should consider adding filtering and sorting options both to extensions and apps listed in the Chrome Web Store. There is simply no reason not to display a list of newly added apps or extensions in the store for instance.

What's your take on the store?