With the Windows 8 Beta just around the corner, it is becoming easier to see into which direction Microsoft is heading in regards to the final version of the operation system. I have already expressed my concern that Windows 8 could become too tablet and touch-focused, and as a result alienate a large part of the desktop PC market.

Windows 8 News is now reporting that Microsoft won't allow custom Metro UI backgrounds. A total of eight different styles is all what users get right now (with the chance that Microsoft adds more styles before the final version ships). And while this could change in the beta, release candidate or final build, it is unlikely that Microsoft will remove the restrictions that are in place.

The core reason for blocking custom Metro UI backgrounds? The dynamic nature of the Metro UI which increases or decreases in size whenever apps are added or removed. Photos added as wallpapers would have to be scaled, stretched or repeated when users add or remove apps. Plus, those desktop backgrounds would hardly be visible anyway according to Windows 8 director of communications Chris Flores. 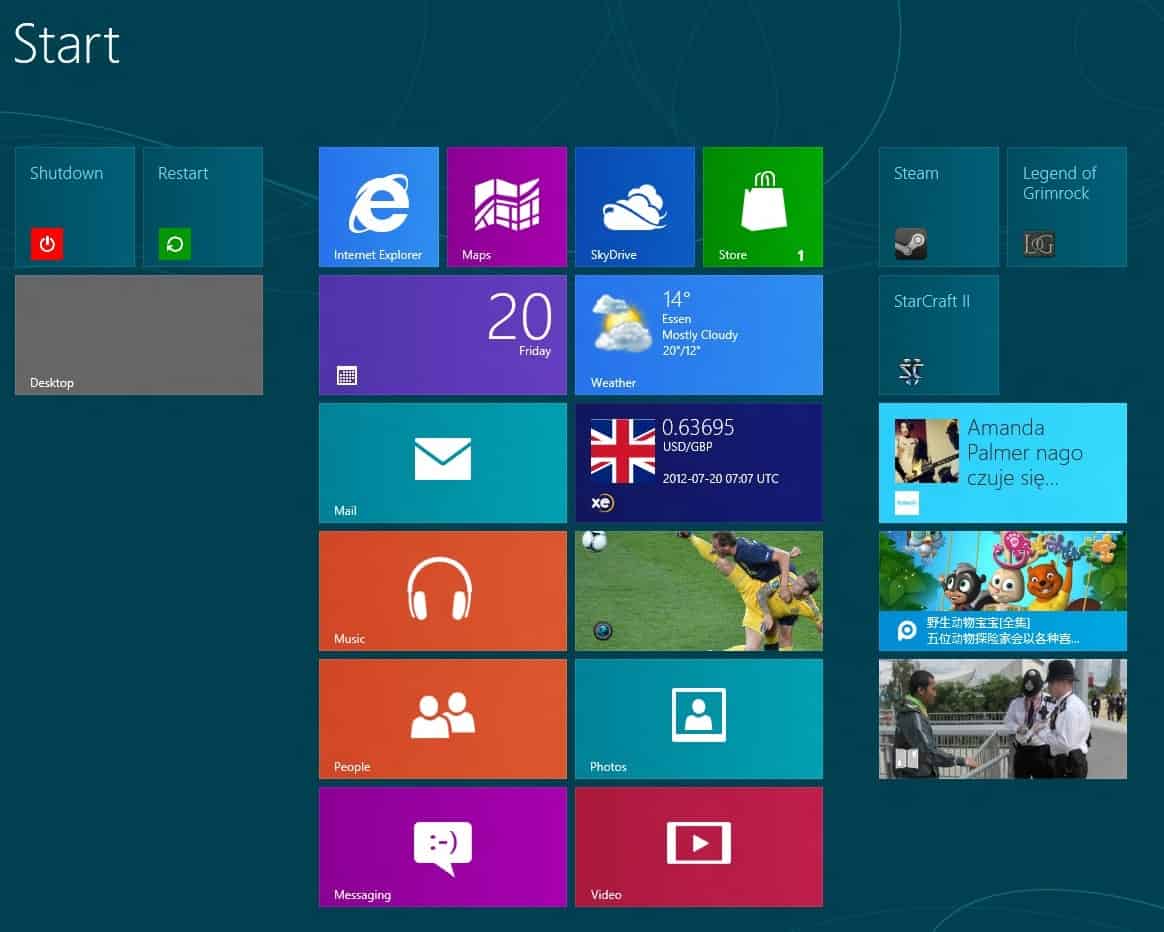 It feels out of place that Microsoft is locking out users from customizing the operating system the way they want. It is like saying that they do not trust users to make that decision on their own, and that they therefor have to make it for them.

What they may not have taken into consideration are users who work with a set number of apps. Why should not those users be allowed to pick a photo or wallpaper for the Metro UI desktop background?

It is likely that we will see third party themes and hacks shortly after release that remove the restriction from the operating system. But those are mostly installed by experienced users and not the average user. How will they react when they realize the the operating system is less customizable than Windows 7?

I personally think that Microsoft should reconsider this, and let users decide for themselves whether they want to use photos, wallpapers or one of the available styles for their Metro UI interface. Another idea to cope with the situation would be to allow photo streams instead of just one photo.

Martin Brinkmann is a journalist from Germany who founded Ghacks Technology News Back in 2005. He is passionate about all things tech and knows the Internet and computers like the back of his hand. You can follow Martin on Facebook or Twitter
View all posts by Martin Brinkmann →
Previous Post: « Kaspersky WindowsUnlocker Removes System Blocking Malware
Next Post: SmartCopyTool Lets You Copy Files From Large Folder Structures »