Google recently improved their image search capabilities by adding reverse image search options to it. I have reviewed the Google Search By Image in detail and a follow-up guide on practical uses of the new image search engine. The new feature can be used to find other websites that host similar or even the same image. Another application is that Google is displaying information, if available, on the search results page so that it is possible to identify an image for instance.

Up until now it was necessary to open the Google Image Search web page to use the new feature. Users on that page could then upload photos or images from their computer or paste an url into a form to do a reverse search on the image it was pointing to.

The Google Chrome extension Search by Image changes this for that group of users. It is an extension officially created by Google to promote the new feature.

Once installed, it adds a new entry to the Chrome right-click context menu when the mouse cursor hovers over an image. 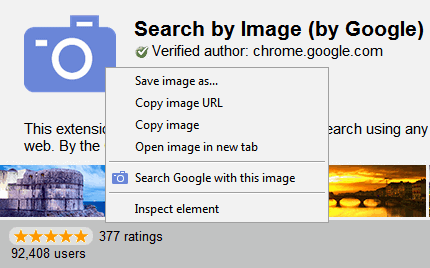 Selecting Search Google with this image searches for the image directly on Google Images. The search results page is directly opened. 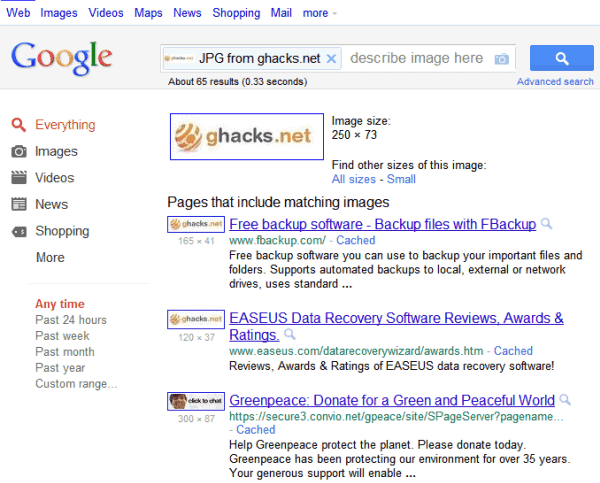 Google search by image has a single option. Chrome users can open the options with a click on Wrench > Tools > Extensions and the selection of Options under the extension's listing there.

It is possible to activate a small icon on every image when hovering with the mouse over it which can also launch the image search on Google.

Chrome users can download and install the extension from the official Chrome Web Store.