For a while now I have been looking for a way to zoom images in the Firefox web browser with minimal effort. Something similar to the excellent Hoover Zoom extension for the Google Chrome browser. And while there have been some extensions and userscripts that supported some sites, there was barely anything that would work on all Internet websites (the closest was the Firefox Image Zooming extension).

And then I discovered Zoom Image. Zoom Image is a userscript that should be compatible with all browsers that support userscripts. Firefox users need the Greasemonkey add-on or a comparable add-on like Scriptish to run the userscript.

Once installed it adds a small overlay to the upper left corner of every image. This overlay is only visible if you move the mouse cursor over the image. 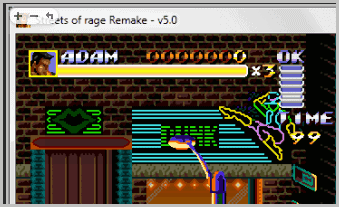 The three buttons, from left to right, have the functionality to zoom in, zoom out and reset the image. A click on one of the buttons performs the underlying action. Only the underlying image is affected by the actions, every other page elements stays exactly the same.

While that functionality is handy in itself, it still requires you to click on the toolbar buttons to change the image's zoom level. The developer therefor has added a second option that does not require clicks at all.

The script comes with configuration options that unfortunately need to be edited directly in the JavaScript source. Among the options are settings to change the default zoom factor, change the toolbar's opacity or add custom buttons to the toolbar.

Basic instructions are available at the developer website over at Vadikom. The userscript can be downloaded or installed directly over at Github.