The Definition Of Idle In Windows - gHacks Tech News
ghacks.net

The Definition Of Idle In Windows

When is a computer idle? A friend of mine asked me that question the other day after playing around with the Windows Task Scheduler for a while. One of the conditions that the Task Scheduler supports is the "on idle" condition; it executes the given task if the computer has been idle for a given amount of time.

The same "idle" setting is used in the power options when it comes to sleep settings.

But what exactly does idle mean? I had troubles answering the question. I knew that it had to do with the resource utilization and user interaction, but was not able to provide exact definitions. When did Windows "believe" that the system was idle? When there was zero CPU or disk activity for a period? 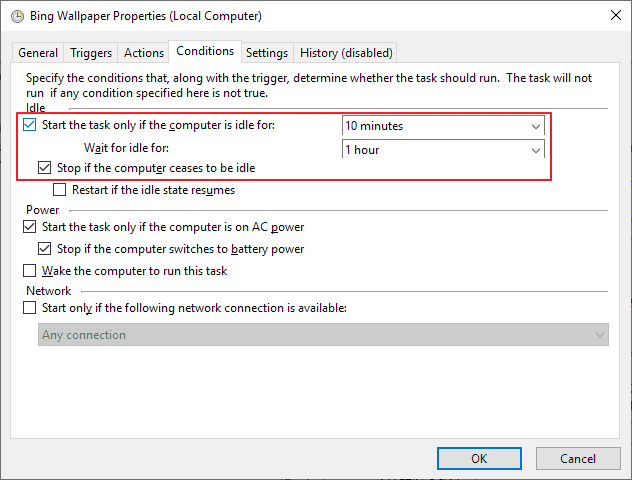 That sparked my interest and I managed to get the data. Here is the definition of idle in the Windows operating system:

The computer is considered to be idle by Windows if there has not been user interaction via the mouse or keyboard for a given time and if the hard drives and processors have been idle more than 90% of that time.

The Task Scheduler in Windows 7 for instance considers the computer to be idle if the above states returned true for a period of ten minutes.

There are a few exceptions to that rule. Applications may set a flag that prevents the computer from idle mode. This can be the case for video streaming apps, presentation software, or games among other types of applications.

Another possibility are low priority processes that may be ignored by the Windows 7 Task Scheduler. But that appears to be a Windows 7 only rule.

To paraphrase; the computer enters idle mode if

Article Name
The Definition Of Idle In Windows
Description
When is a computer idle? Windows uses the term idle when it comes to running tasks on the system or turning off the display or hard drives.
Author
Martin Brinkmann
Publisher
Ghacks Technology News
Logo

Previous Post: « How To Troubleshoot .NET Framework Issues
Next Post: How To Add Program Links To Windows Explorer Favorites »