Firefox 4 the Fastest Browser? Not Yet!

Asa of Mozilla published a new article yesterday with the title "are we fast yet?" in which he came to the conclusion that the latest Firefox 4 JavaScript performance resulted in the "fastest Sunspider score on the planet".

Sunspider is a JavaScript benchmark that is typically used to compare the performance of different web browsers in this field.

Claiming that the latest Firefox 4 builds have the fastest score is one thing, but neglecting Opera and Internet Explorer in the comparison is another. Asa mentioned technical restrictions as the reason, as the performance was measured in a shell test, not browser test. 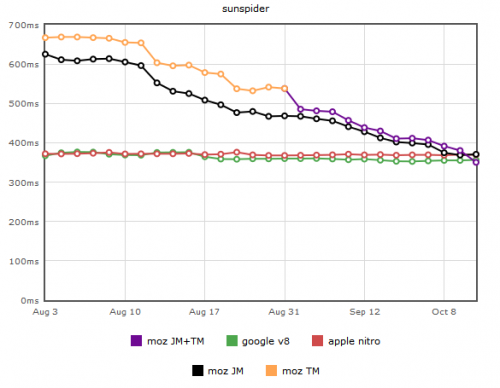 Lets take a look at our own unscientific results of all four browsers running the SunSpider benchmark.

We have thrown the latest versions at the JavaScript benchmark, in particular: Firefox 4.0b8pre, Opera 11 Alpha, Internet Explorer 9 Beta and Google Chrome 8.0.552.5 dev. 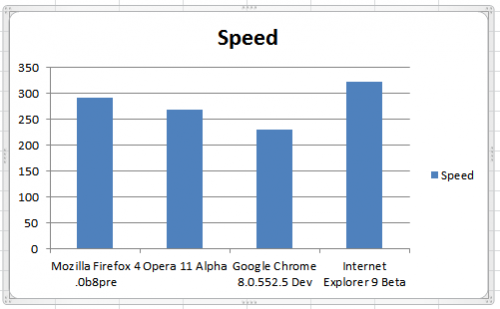 I'd say it is time to congratulate all browsers on their performance and move on and never look back. Yes, browsers will get even faster in the future but it will not have such a big impact anymore than in the past. All are fast and that's it. This means that it is time to look at other parameters when making the default browser choice.