Mozilla has integrated several new tab preview features in the recent release of Firefox 3.6 Beta 1 which were initially planned to be integrated into earlier release versions of Firefox 3.x.

Even more problematic than the late implementation of this features is the fact that they are not enabled by default in the web browser.

This is usually an indication that the feature is either not yet ready for full exposure, or that it may be short lived.

Lets take a closer look at the new tab preview features in Firefox 3.6. It has to be noted that the features are not available in previous versions of the web browser.

Update: it appears that the tab preview feature has been removed from Firefox in version 21 of the browser. Check out this page on Bugzilla for additional information. You can use an extension to bring back the feature. End 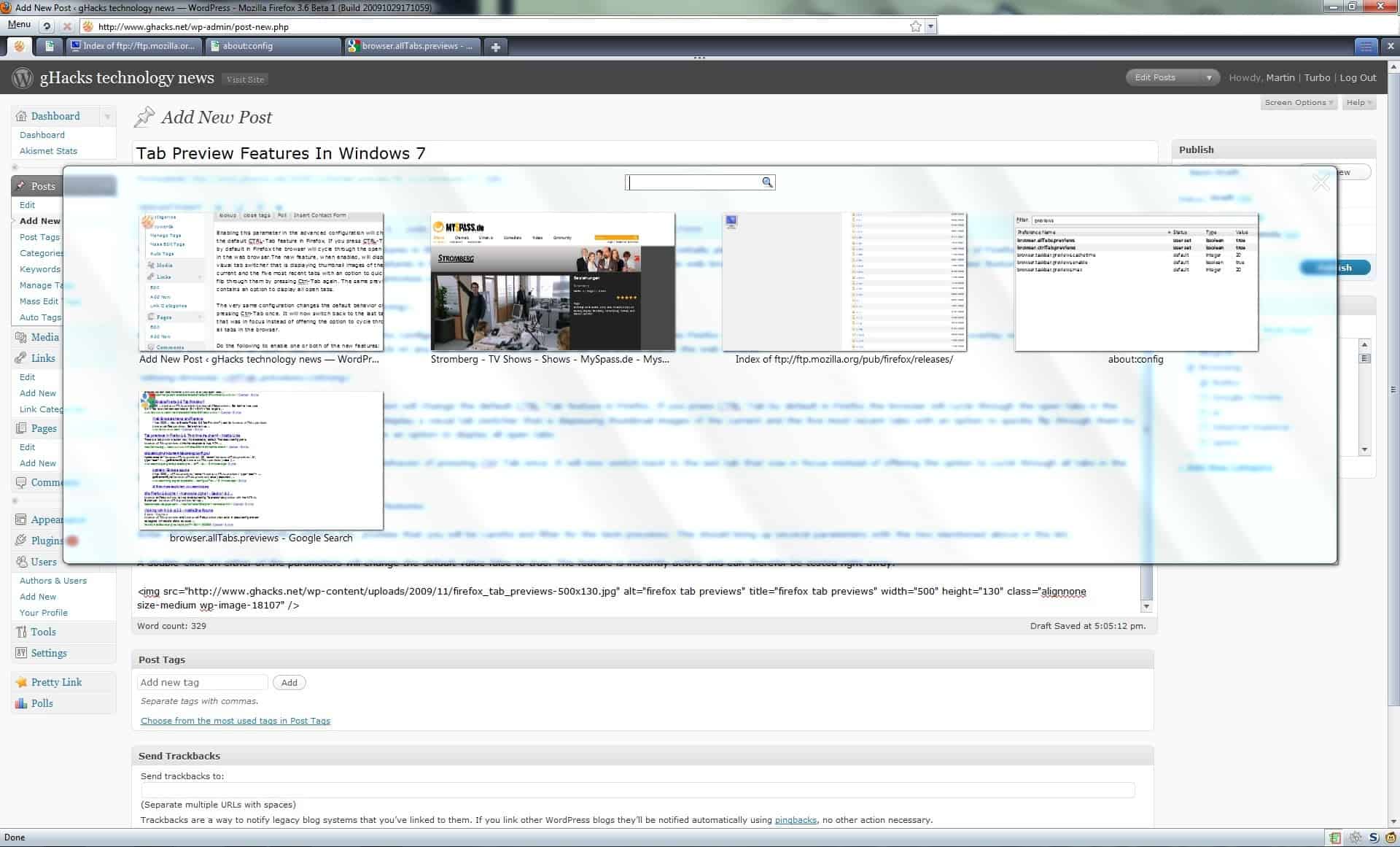 Enabling this preview feature on the advanced Firefox configuration page about:config will add a new button to the right side of the Firefox tabbar.

This button, when activated, displays an overlay window that features thumbnail previews of all open tabs in Firefox. A click on any tab thumbnail will make that tab the active one in the web browser. 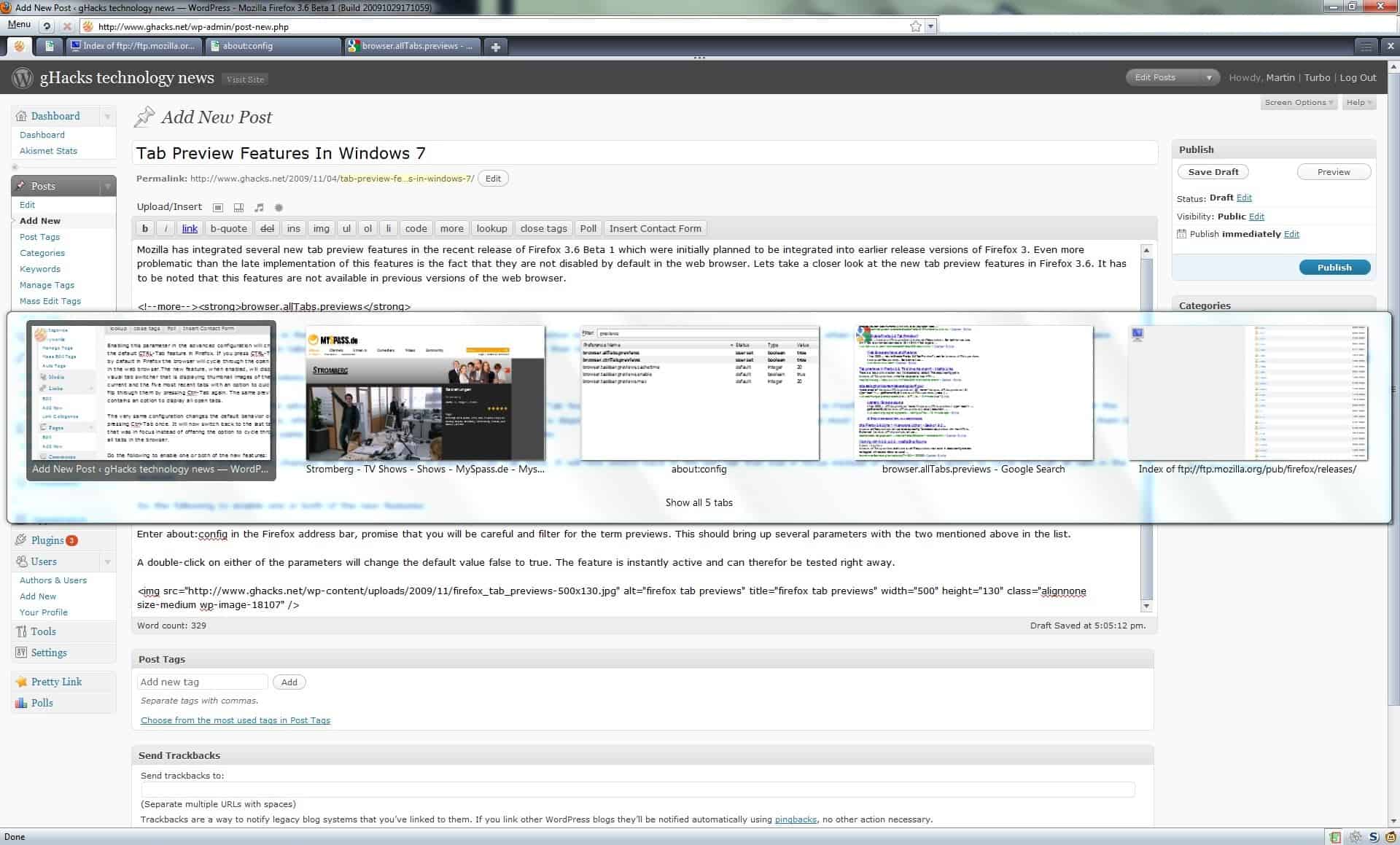 Enabling this parameter on the advanced configuration page changes the default CTRL-Tab feature in Firefox. If you press CTRL-Tab by default in Firefox the browser will cycle through the open tabs in the web browser.

The new feature, when enabled, displays a visual tab switcher that displays thumbnail images of the current and the five most recent tabs with an option to quickly flip through them by pressing Ctrl-Tab again. The same preview contains an option to display all open tabs.

The very same configuration, changes the default behavior of pressing Ctrl-Tab once. It will now switch back to the last tab that was in focus instead of offering the option to cycle through all tabs in the browser.

Enter about:config in the Firefox address bar, promise that you will be careful and filter for the term previews. This should bring up several parameters with the two mentioned above in the list.

A double-click on either of the parameters will change the default value false to true. The feature is instantly active and can therefor be tested right away.

If you like visual tab previews while cycling through tabs, this feature is for you. If you don't, you don't have to worry about it that much right now as it is not enabled by default.

Article Name
Tab Preview Features In Firefox 3.6
Description
Mozilla has integrated two new visual tab preview features in Firefox 3.6 that need to be enabled before users of the browser can make use of them.
Author
Martin Brinkmann
Publisher
Ghacks Technology News
Logo