Google and Microsoft are constantly working on new services and features to add to their search engines. Microsoft introduced a visual search option in Bing yesterday which allowed search engine visitors to access and sort information visually.

Fast Flip combines the paged accessibility of print magazines with the near real-time refresh period of online magazines. The number of sources that have been added to Google Page Flip reads like a who is who of the most popular online news portals including the New York Times, BBC, Business Week or the Washington Post.

Several categories are available on the Google Fast Flip website including Science and Technology, Politics, Business and Sports. 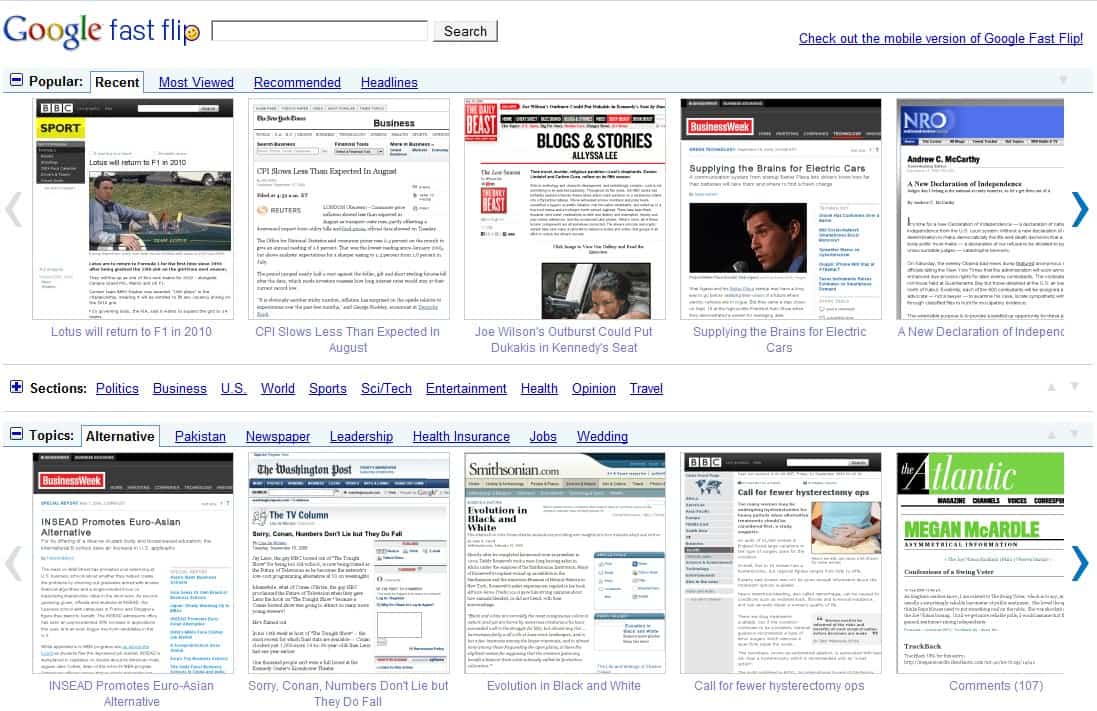 A click on any individual article that is being displayed on the Google Fast Flip website loads the interface for the individual news source. It is furthermore possible to open a category directly instead to access all magazines of the category at the same time as a mix. 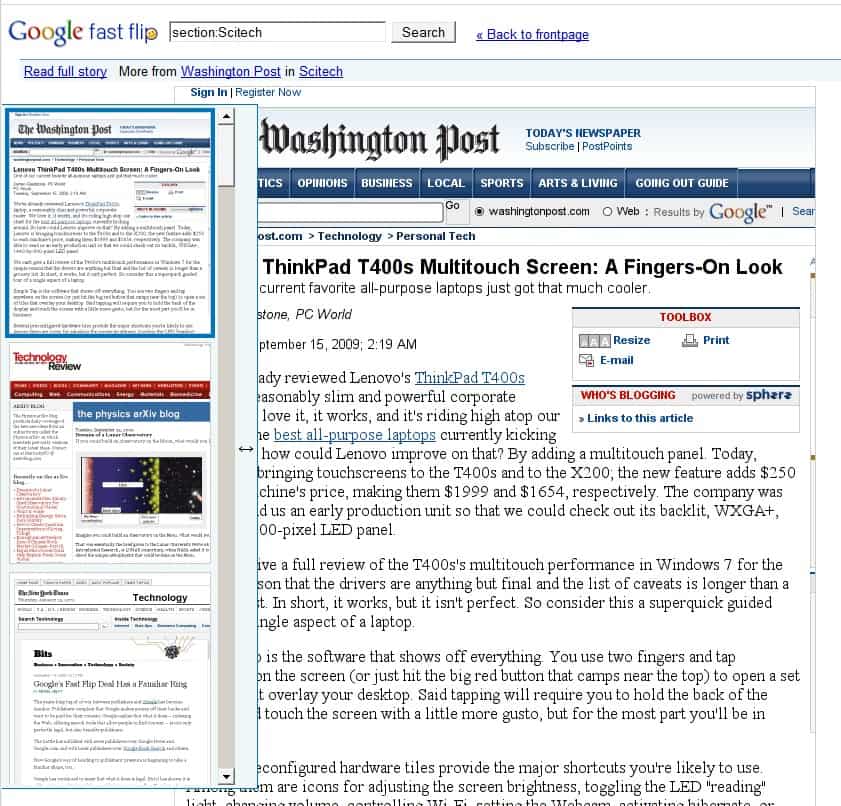 Google Fast Flip basically embeds the article that has been published on the website of the news portal in their interface with options to "flip" to the next article in line just like in any print magazine. A side menu on the right displays thumbnails of the articles next in line with the option to open one of them with a mouse click.

The only other options currently provided next to the ones described are to email articles and to "like" the article which requires a Google account.

Google Fast Flip could be an interesting option for users who access the Internet from devices with smaller screens, e.g. tablet PCs, netbooks or smart phones.

Interested users can head over to the Google Labs website to take Google Fast Flip for a test drive.

Update: Google Fast Flip has been discontinued by Google. The service is no longer available.