Update: Extensions are now an integral part of the Google Chrome web browser. We have updated the article to reflect that at the end of it.

We all know that the Google Chrome development team is planning to add extensions to the web browser. Extensibility seems to be one of the key features that many users, especially Firefox users, expect from a web browser. 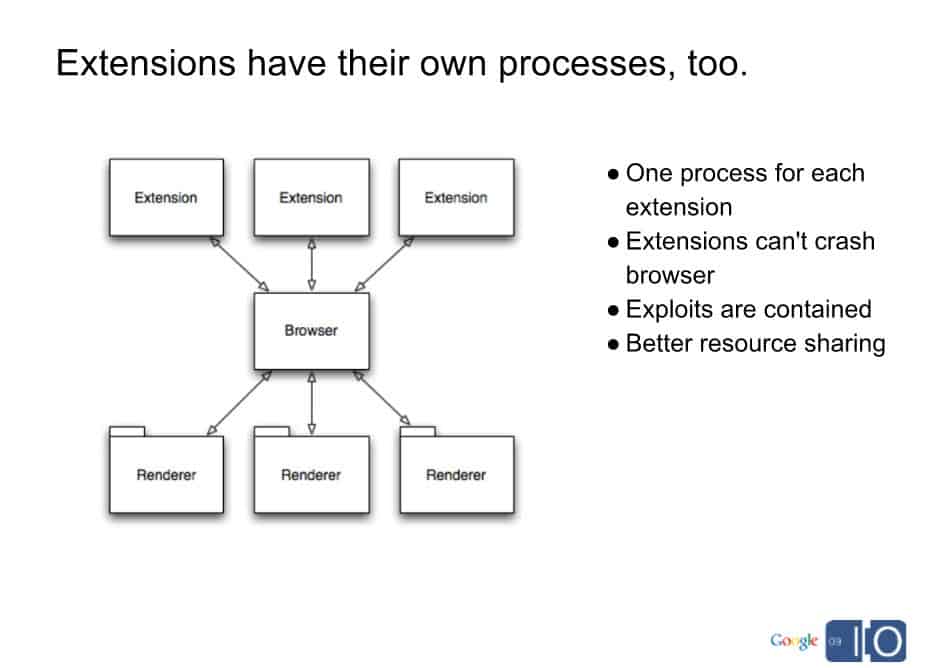 It might be interesting however to evaluate how Chrome's extension API differs from Firefox's. The Google System blog published a short post and Google Docs presentation that details how Google Chrome will be handling browser extensions.

Google Chrome adds some interesting features which make life more comfortable and easier. The main difference now is that Firefox users can download and install thousands of Firefox add-ons while Google Chrome users will have to wait until they can start using user-generated extensions. The future however looks interesting.

Chrome extensions are less powerful in what they can do, but they are more secure at the same time because of that limitation and the separation in processes.

Things have changed quite a bit in recent time. Mozilla plans to move Firefox's extension system to the very same that Chrome uses, but extend it further to make it more powerful.

Here is the new list of features and issues of extension support in Google Chrome and Firefox:

Martin Brinkmann is a journalist from Germany who founded Ghacks Technology News Back in 2005. He is passionate about all things tech and knows the Internet and computers like the back of his hand. You can follow Martin on Facebook or Twitter
View all posts by Martin Brinkmann →
Previous Post: « 7 Computer Energy Saving Tips
Next Post: Turn Off Computer Hardware With A Single Click »