The time has come apparently because the iPhone game Aurora Feint has been pulled from the Apple store due to privacy and security reasons. Here is why..

The developers of the game thought that it would be a cool feature to transfer his complete contact list to the game server to find out if any of his friends are playing the game itself. The contact list was transferred unencrypted (of course) and anyone with a little bit of knowledge could have gained those information easily. 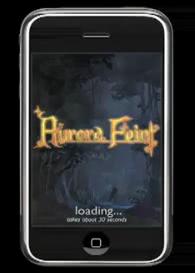 The developers responded to that by claiming that they never stored the contact list on their servers and that they stopped saving (and erased) personal information that was recorded previously on July, 18th.

In the mean time, we have submitted an update to apple that uses HTTPS to send your data over the wire encrypted. Our update is in the queue marked as In Review. We are also preparing another update with the community feature completely removed. We are trying to get in touch with Apple to work with them on how to move forward so that everyone can continue to enjoy our game and feel comfortable about applications on their phone. If you work at Apple or know anyone who does, please contact me and Jason directly via PM on this forum.

A real interesting aspect as the story unfolds is that the Apple SDK is apparently giving developers access to the user's contact list. Apple should make sure that personal data never gets transferred unless the user authorizes the transfer before.