The idea to speed up the system start by delaying the launch of startup items is certainly puzzling at first. How can a program speed up the startup if programs are delayed in their exeuction?

Let me give you a good example. If you ever tried to unpack or pack two archives at once you noticed that it takes considerably more time than performing the operations one after the other. The reason for that is that resources need to be divided between different tasks running at the same time. More often than not, it increases the overall processing time due to that.

The same principle can be applied to Windows start ups. Many software programs try to load during startup: Firewalls, Antivirus scanners, Office indexing and hundreds of others all load at the same time because Windows has no way of prioritizing startups (Update: newer versions of Windows have the option to delay the execution, but older versions still do not). 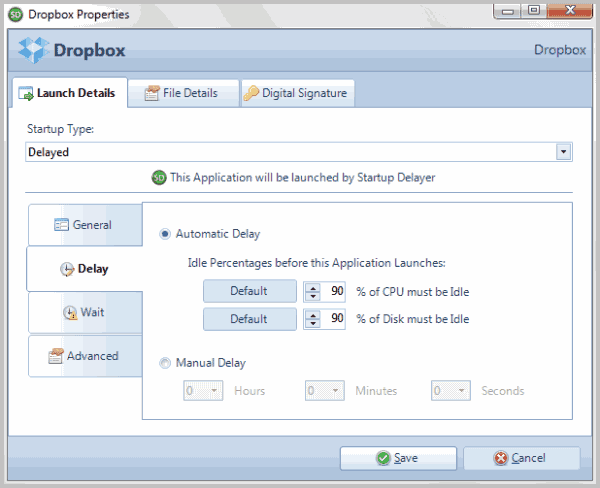 While you may want to start security software like firewalls or antivirus right away, you may not require immediate access to Office or iTunes so that you may not even notice that the start of these programs is delayed.

If you only load a few programs you may not notice much of an improvement in startup time as it depends largely on the number and type of applications. If you only run antivirus software on start for instance, you don't need to use the tool as it won't be beneficial at all.

If you run lots of programs on start however, Norton, Office, iTunes and other heavy programs, then you will certainly benefit from delayed starts of these programs.

Update: A review of the latest version of Startup Delayer has been posted here on this site. Feel free to check it out for screenshots and information on what's new and changed. 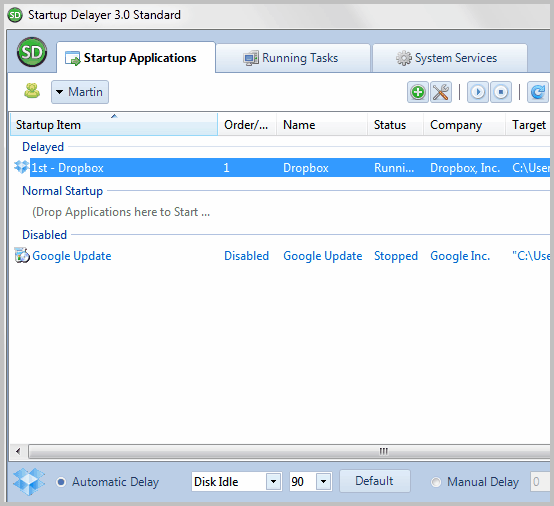 Article Name
Delay Windows Startup to Speed Up Startup
Description
Find out how to delay the startup of programs that autostart on Windows systems to speed up the system start.
Author
Martin Brinkmann
Advertisement

Martin Brinkmann is a journalist from Germany who founded Ghacks Technology News Back in 2005. He is passionate about all things tech and knows the Internet and computers like the back of his hand. You can follow Martin on Facebook or Twitter
View all posts by Martin Brinkmann →
Previous Post: « Add Registry Key Bookmarks
Next Post: Enhance Windows file operations »