Sauerbraten Summer Edition is an ego shooter that was created with the Open Source engine Cube 2. The game features single- and multiplayer game modes and looks incredible if you consider that this is an Open Source project and not a commercial one. The single player part of the game reminds me a little bit of games like Serious Sam and the original Quake games.

You start in an area and have to reach the end of the level to win or proceed to the next level. Enemies are appearingÂ  and it is your task to get rid of them as fast as possible. Several weapons make your life easier, expect the usual assortment of weapons like Rocket Launchers, Miniguns and Shotguns. 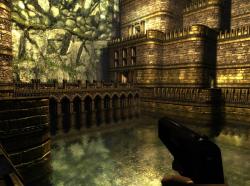 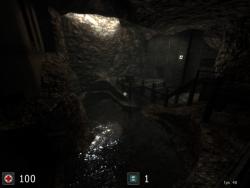 The multiplayer part contains all the popular game modes such as deathmatch, base capturing, instagib and several others.

Sauerbraten Summer Edition is a nice game that is uncomplicated to play. Definitely worth a download. A roleplaying game using the same engine is in the making as well.

Update: Sauerbraten Justice Edition has been released in 2010 for Microsoft Windows, Linux and Mac OS X systems. The game has a size of around 450 Megabyte for each system.

The game features a console that you can use to run different commands like loading a map, talking to your team or all players, connecting to a server IP or disconnecting from a server.

Update 2: The latest version of the game is Cube 2: Sauerbraten which has last been updated in January 2013. The game has a size of about 600 Megabytes now. Like any good shooter, you can download maps, mods and other items for it to play on custom maps. There is also a professional league available if you fancy some competitive play.