[email protected] is a distributed computing project to better understand disease development and currently under supervision of Professor Vijay Pande at Stanford University's chemistry department. Everyone can join by donating free computer cycles to the project. To make it more competitive users can form groups that race, just like in an online game, for the top spot and the fame associated with it. To get to the top, it is important to either have a large group of users who donated their spare cpu cycles to the project, or very powerful machines instead.

One guy seems to have decided that his team, which currently ranks 16th, could need a boost and build a server farm that combines 51 8800 series NVIDIA video cards and 13 MSI P6N Diamond motherboards which can hold four PCI video cards each to boost the teams processing power significantly. 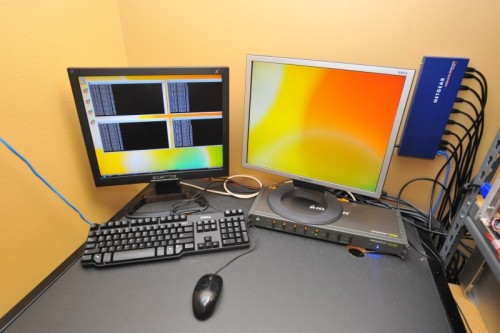 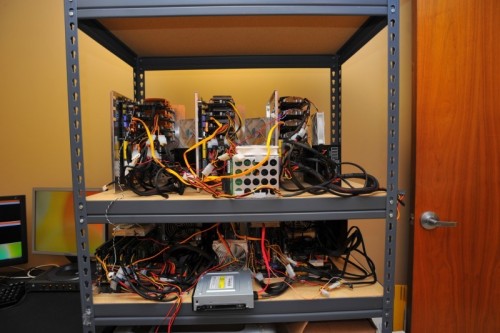 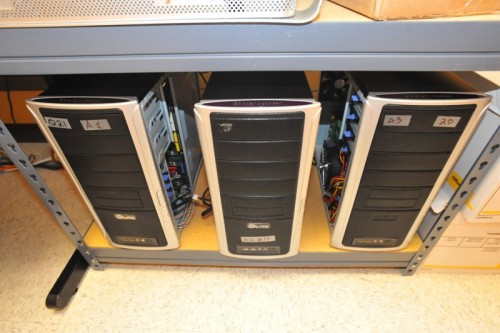 What do you think? Is that an overkill?

Update: The user has upgraded the system in the meantime and plans to combine 30 Nvidia GeForce 9800Gx2 graphics cards in the a server rack to the Folding At Home project. The photos and videos made in the original forum thread over at the Overclock forum are unfortunately all gone so that we only have the photos here in the article and the textual information provided by the user on the forum.

You can check out the current team standings over at [email protected] The Overclock.net folding team is currently placed in third position in the standings. You can also check the individual standings if you are interested in a particular user for instance, or download the Folding @ Home client to start donating cpu cycles to the project as well.

While I would not go overboard with that like this user did, I can understand that it may sometimes be a matter of the hard if a loved one or close friend died because of cancer or is fighting against cancer.