The developers of the open source application firewall Portmaster have released version 1.0 of the program recently. The version introduces support for new features and improvements across the board.

You could allow or block connections for each application and service individually, configure outbound rules, and make use of system-wide filter lists to block advertisement, trackers and malware.

Free users may download and install Portmaster, and use it without an account. The application displays a short onboarding prompt on start, which configures main features, including use of secure DNS and blocking lists.

The interface has not changed all that much on first glance. The app divides the interface into three main panes. The first sidebar pane displays program features, the second the list of programs and services identified on the system, and the third details about your selection. 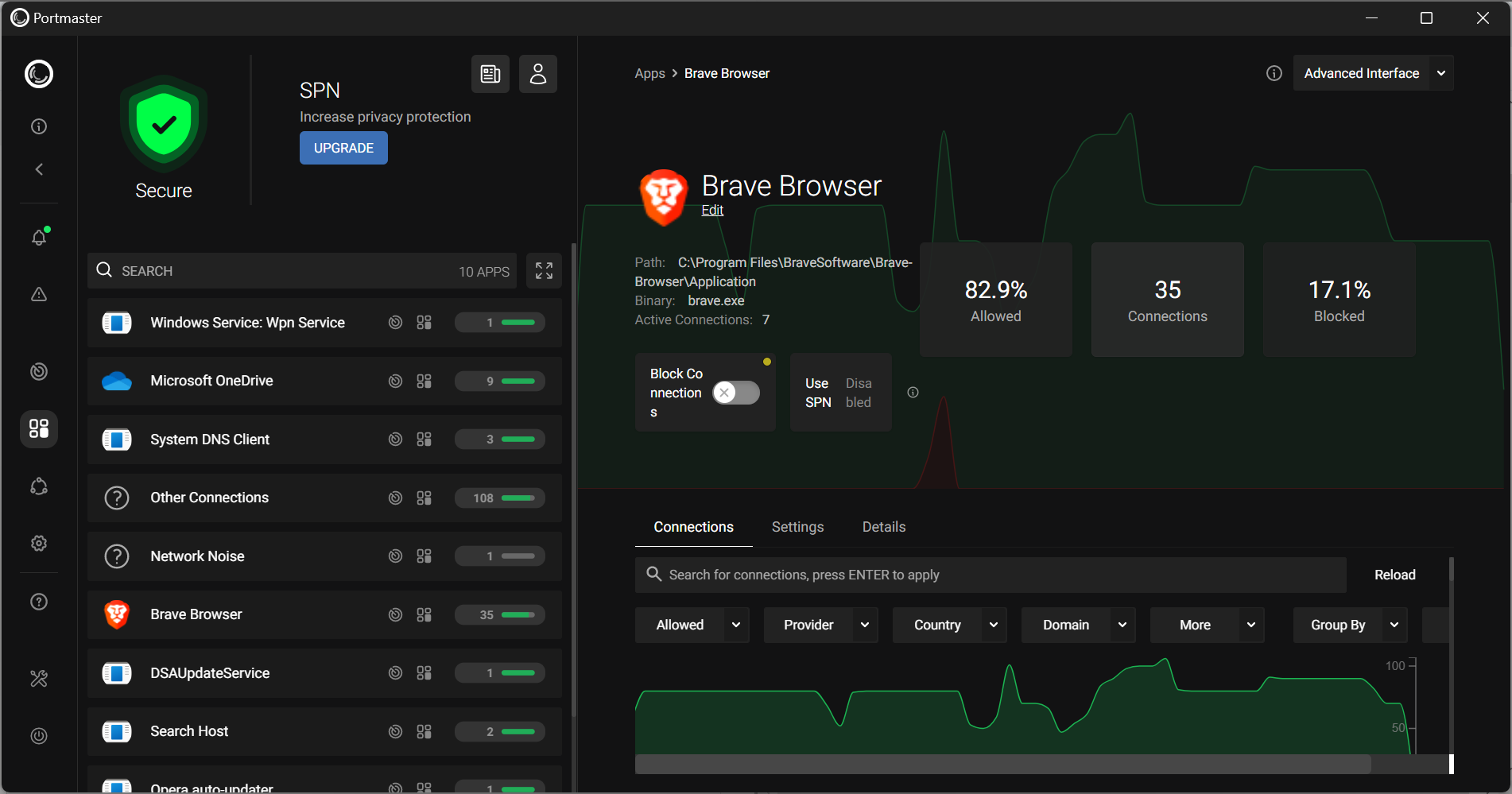 There is a lot to explore here, but all of that is optional. Still, you could dive in and block certain traffic for that app. Don't want it to connect to a specific domain? You can make that change effortlessly.

Tech-savvy users find advanced options everywhere in the application. For application's alone, you may switch to blocking all connections by default and allowing select ones only, blocking LAN traffic, or configuring detailed inbound or outbound rules.

A big new feature in Portmaster 1.0 is what the developer calls Side-Dash. It enables you to "easily jump between apps to investigate their connections or quickly jump to their settings".

The free version of Portmaster is a powerful application firewall. Paid plans are available, which extend the functionality and finance development of the open source application.

A core feature is SPN, which stands for Safing Private Network. It is only available in the Unlimited package and allows users to assign one or multiple identities for applications.

You may use it to assign IP addresses to individual apps. Assign a French identity to Netflix, a Canadian to Spotify, and a United States identity to your browser using the feature. It is great for unblocking geographical restrictions or enabling access to content that is limited to certain regions.

According to Portmaster's developer, SPN traffic "goes through multiple servers and is encrypted in layers"; this is similar to how Tor works, as no server has access to the device's IP address and the destination.

Portmaster is an excellent application firewall for Windows. The free version works well and is very powerful already; users who want to support development and/or use the advanced features that come with the paid plans get access to additional features, including SPN, which gives them more control over the IP addresses of their applications.

Now You: do you use an application firewall?

Previous Post: « Wi-Fi Certified 6 Release 2 announced: it is not getting easier