How to back up Printer drivers and queues on Windows - gHacks Tech News
ghacks.net

How to back up Printer drivers and queues on Windows

Printer migration has been a part of the Windows operating system for a long time. Designed to back up printer drivers, ports and queues to move them to another device, printer migration is a useful feature especially in corporate environments.

The functionality is powered by the tool PrintBrmUi.exe; up until recently, PrintBrmUi.exe has been included in all versions and editions of Microsoft's Windows operating system. The release of Windows 10 version 2004 changed that as Microsoft removed the program from Windows 10 Home systems.

Tip: you can download the application from third-party sites such as Majorgeeks.

To migrate a printer or create a backup of its drivers, ports, and queues, do the following:

You may use the program to export or import printer queues and drivers. To export the data, select Next on the screen. 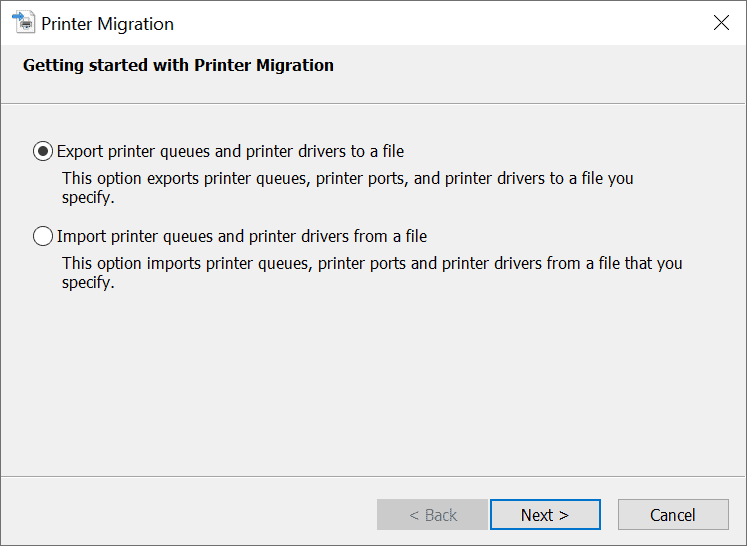 The next screen prompts you to pick a print server, e.g. the local system or a print server on the network the computer is connected to. 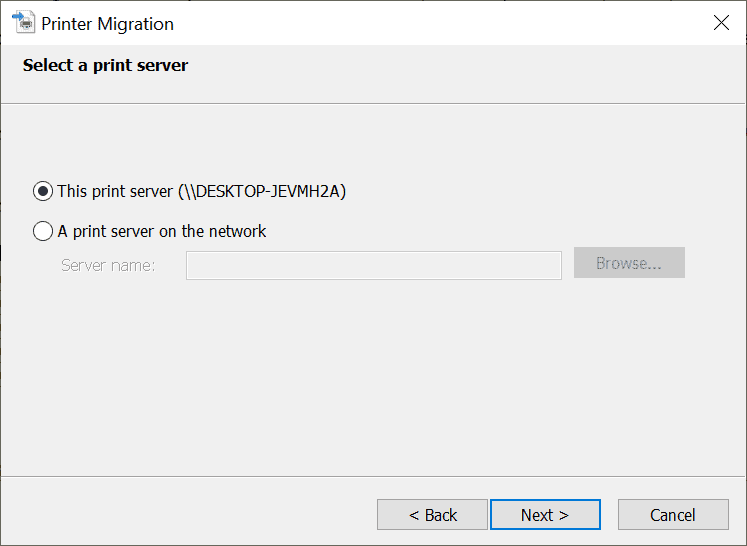 Printer Migration displays the print queues and the printer drivers that it will back up on the next screen. 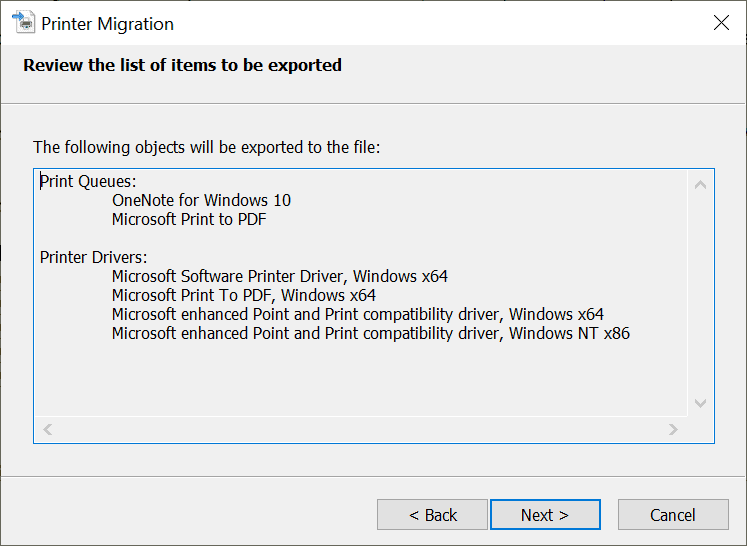 Select next and pick a location that you want the data to be saved to. The application starts to export the data and displays a status screen that informs you about success or failure of the operation. A link to the event viewer is provided to quickly check it for issues.

You can use the same application to import previously backed up printer migration files. While it is designed primarily for moving the data to another device, it may also be useful if the system needs to be re-installed.

Another option that you have is to load printmanagement.msc which lists filters, print servers and deployed printers. Right-click on the print server and select the "import printers from a file" option.

Now You: do you use a printer?

Article Name
How to back up Printer drivers and queues on Windows
Description
Find out how to export (back up) and import printer drivers, ports, and queues, on systems that run Microsoft's Windows operating system.
Author
Martin Brinkmann
Publisher
Ghacks Technology News
Logo