What is going on at Opera Software? - gHacks Tech News
ghacks.net

What is going on at Opera Software?

An analysis of Opera Software's performance by Hindenburg Research suggests that the company that is best known for its Opera web browser faces troubling times.

Note: Hindenburg Research specializes in "forensic financial research". Opera Software has not reacted to the report at the time of writing. The law firm of Kirby McInerney LLP is investigating these potential claims against Opera Limited.

Update: Opera has released a statement

The Company is aware of and has carefully reviewed the report published by the short seller on January 16, 2020. The Company believes that the report contains numerous errors, unsubstantiated statements, and misleading conclusions and interpretations regarding the business of and events relating to the Company.

The Company has recently launched and scaled multiple new businesses and has continued to post strong financial results, and intends to continue leveraging its well-known brand and large user base of more than 350 million users for additional growth. The Company also remains committed to maintaining high standards of corporate governance and constantly evolving our products, practices and governance.

The company was acquired by a Chinese-based investor group in 2018 prior to its IPO and things have taken a turn for the worse since then. The company's browser gross margins "collapsed by 22.6% in just one year" and the company has "swung to negative $12 million in LTM operating cash flow" from a positive $32 million in the 2018 period. 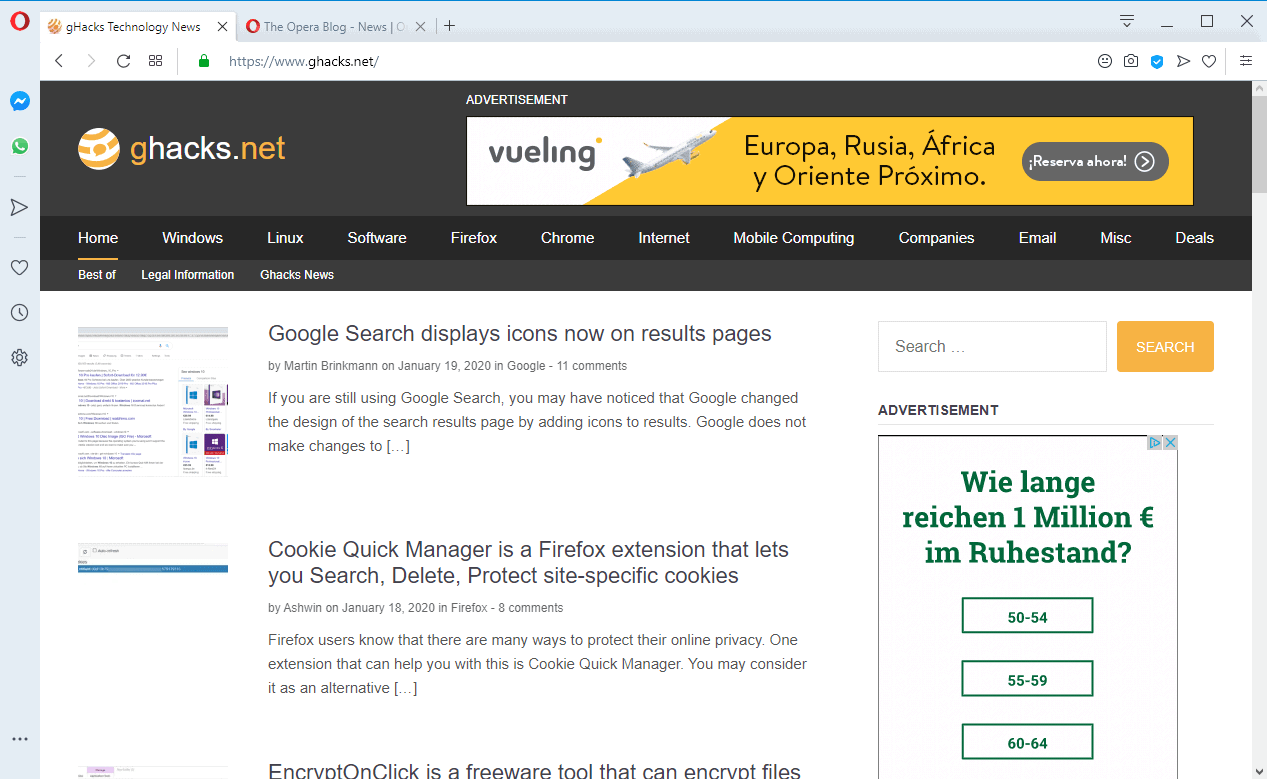 Hindenburg Research's analysis of Opera Software's performance and activity since the management change. It uncovered that Opera's CEO "was recently involved in a Chinese lending business" that saw its shares plunge by more than "80% in two years" and that Opera has started to make a "similar and dramatic pivot into predatory short-term loans in Africa and India".

The bulk of Opera's lending business is operated through applications offered on Google's Play Store according to Hindenburg Research and in "violation of numerous Google rules". The company concludes that these applications may be removed by Google at any time which in turn would cause Opera Software to lose a large part of the company's revenue.

According to Hindenburg, Opera generates "over 42% of the company's revenue" from its short-term loan business. If that would not be bad enough already, Hindenburg Research's analysis suggests that Opera's CEO is directing company cash into businesses owned by the Chairman to "draw out cash".

Hindenburg Research believes that Opera stock will go down significantly in the next 12 month period. The company set a price target of $2.60 on Opera; Opera Ltd's last course was $7.05 on NASDAQ on January 17, 2020. The course was at $9.02 two days prior but took a dive after reports went live.

What does this  mean for users of the Opera web browser?

It is too early to come to a final conclusion. The claims made by Hindenburg Research need to be be looked at and it remains to be seen how Opera will react to the report.

If the allegations are true, it could potentially mean the end of Opera and the Opera web browser.

Article Name
What is going on at Opera Software?
Description
An analysis of Opera Software's performance by Hindenburg Research suggests that the company that is best known for its Opera web browser faces troubling times.
Author
Martin Brinkmann
Publisher
Ghacks Technology News
Logo