The second cumulative patch for the current version of Windows 10, in this case Windows 10 version 1903, is always late to the party. Microsoft released updates for earlier versions of Windows 10 that it still supports about two weeks ago -- KB4512534 for Windows 10 version 1809 -- to fix a huge number of issues including the Visual Basic issue that was introduced on the August 2019 Patch Day.

The update fixes the Visual Basic issue, the long-standing Preboot Execution Environment issue, the Sandbox startup issue, and the issue that caused devices from starting up under certain circumstances if configured to use MIT Kerberos realms. 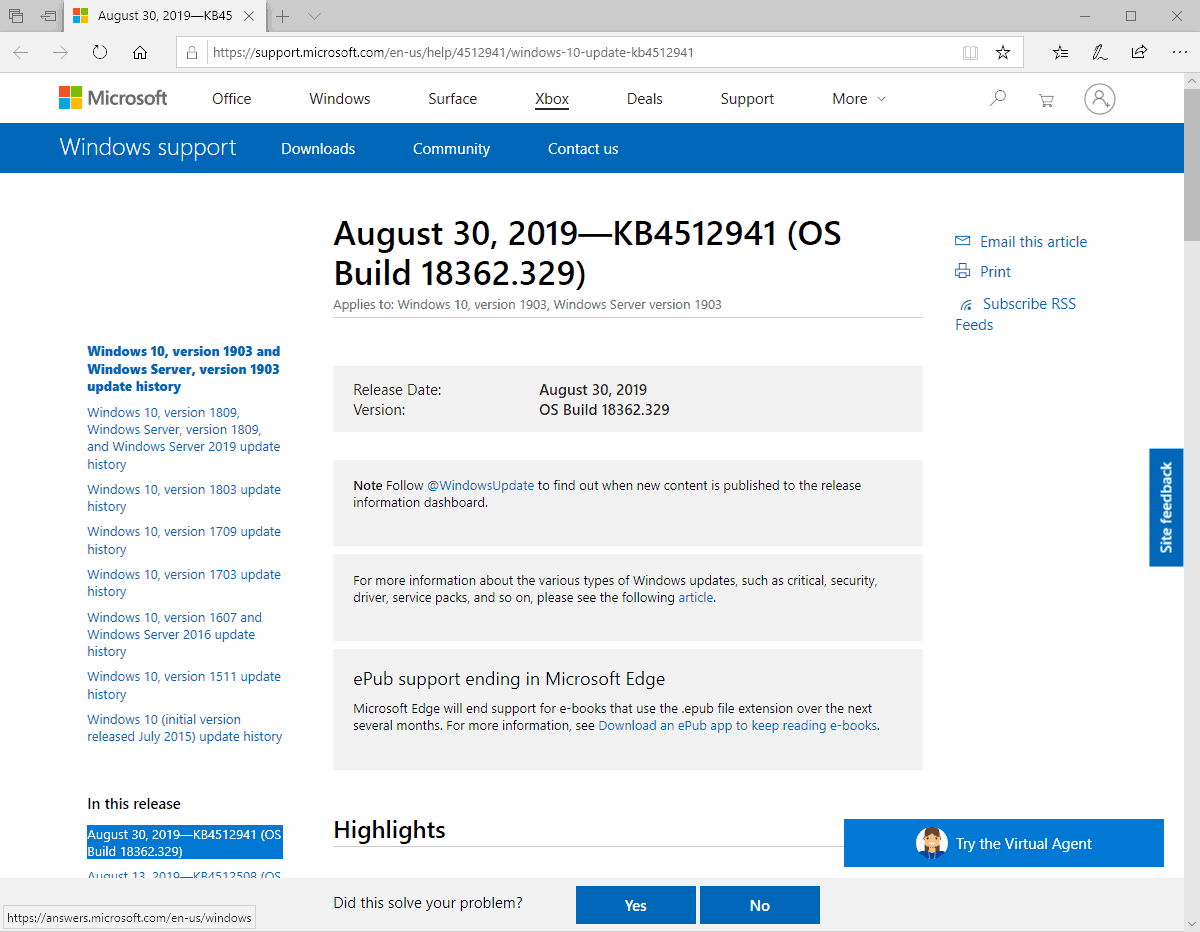 The following issues are fixed in the update:

Microsoft lists no known issue on the update page. Günter Born discovered an issue that causes high CPU load. You can check out his analysis and workaround here.

Now You: Have you installed the update?